Home / romania / Teodorovici confirms: Foreign debt, which was paid by EU funds with the EC agreement, four years ago / They want to explain

Teodorovici confirms: Foreign debt, which was paid by EU funds with the EC agreement, four years ago / They want to explain 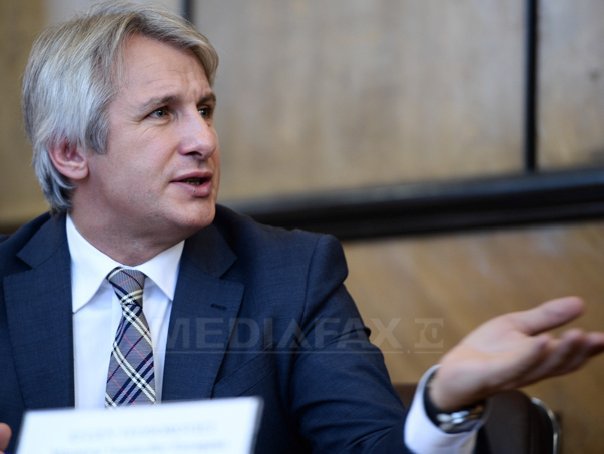 Finance Minister Eugen Orlando Teodorovici responded on Sunday, indirectly to Facebook, Florin Citu, a liberal senator. The Liberal wrote Saturday in the social network that the PSD-ALDE government has hidden the fact that it has paid foreign debts with European funds.

Florin Cîţu refers to the resources of the European Union (EU) Romania to the European Investment Bank (EIB) and the European Bank for Reconstruction and Development (EBRD), inviting the Minister of Finance to respond publicly on this issue.

"Political struggle has nothing to do with the reality or the profession who has the impression that they understand the finances or the economy from one day to the next. It is both fun and aberrant that the Romanian government at a given moment is the European Commission ( but not with a regional policy commissioner), but not just Romania, the biggest progress made by the European funds since 2013 is today given by politicians, rather than ignorant, rather than malicious intentions, lies or bombs, "Eugen Teodorovici wrote on Facebook, Saturday night.

"Of course, even if some have found out, after more than 4 years, I am always willing to give an explanation! I have noticed that they are pseudo-professionals or so-called politicians because real economists can not be in this context … make bombastic evaluations about reducing funding for investment projects by repaying the country's foreign debts from European funds. Again, it is always willing to give further explanation to those who demonstrate publicly that they are unable to understand mechanisms for European funding or the repayment of foreign loans, "said Teodorovici.

Thus, although he did not mention who the politicians, the dignity of the Finanţe reacted indirectly to Florin Cîţu's message on the same day.

"Bomb: external debt paid from European funds, not economic growth led by PSD + ALDE, and I got them." Liviu Dragnea, his government, together with all the PSD trumpets, have been hiding a very serious fact, PSD + ALDE swears for two years EU, everything that is related to foreign capital or the EU is proud of it, but they have hidden something from us, and they have hidden that a significant part of the foreign debt of the Romanian state was paid exclusively from EU funds. from European funds and loans to the EIB and the EBRD Do not try to understand why no country has done so already Let me be clear to everyone I swear by the EU until the end of the 6th time they love EU officials to give them free money to pay their debts, "Florin Citu wrote on Saturday on Facebook.

On Friday, Corina Cretu, European Commissioner for Regional Policy, said in a Facebook comment that he did not understand that state interventions were politicized and accused of being "sold for foreign interests". sought to ensure that European funds were to be met by the EIB and the EBRD.

"Juggling has become a sign for me and in particular the attacks on the European Union, the accusations that they are selling off foreign interests, because everybody knows how much effort has been made by investing European funds in all the European Investment Bank and the European Paying to the Development Bank for Romanian officials working for European funds, as it has dozens of projects that have not yet been completed and for which the state has lost € 3 billion, they will not leave it in silence, "Corina Cretu wrote on social networking.

The content of www.mediafax.ro is related to your personal information and use. there is prohibited you can publish your site content without the MEDIAFAX agreement. To obtain the agreement, please contact sales@mediafax.ro.