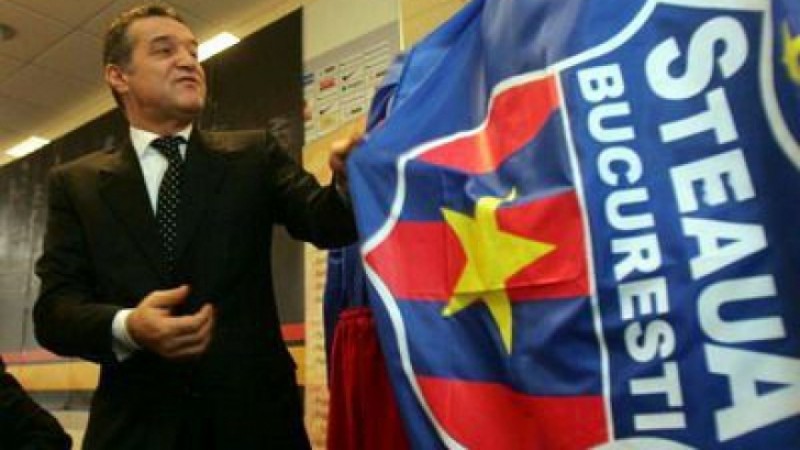 Gigi Becali said his group would soon regain Steaua, after the Bucharest Appeals Court issued a decision on the dispute on Tuesday.

"Refusing applications for HCCJ referrals as unacceptable. This rejects the exception from civil judicata res decision No. 3425 / 3.12.2014, pronounced by the HCCJ Civil Division I in file No. 42805/3/2011 and civil decision No. 989A / 21.12.2016, pronounced by the Bucharest Court of Appeals – Civil IV in file no. 3170/3/2015, as grounded by the Fourth Division of the Court of Appeal – Civil Division in file No. 3933/3/2015, he acknowledged the appeal, partial cancellation of the sentence filed, rejecting the petition not acceptable as baseless, rejecting the request for cancellation for bad faith from STEAUA BUCUREŞTI national mark No. 72827, application for revocation of the same sign and request for cancellation of national sign STEAUA BUCUREŞTI 130904. This retains the sentence regarding resolution exceptions to the lack of competence and inability of the Constitutional Court to hold the case for the generation of benefits in light of other claims made by the applicant. Give time to 22.01.2019, C3, 10.00, with the party quoting. With appeal. "It is said by placing a solution at the disposal of the parties through a graft," CAB said on Tuesday.

Becali saw this decision as a success for FCSB, an "atomic bomb" that would "destroy" CSA Steaua jurist Florin Talpan.

"We won the trial with Talpan and CSA, so we lost to the court." The appeals court said: acknowledged the appeal, rejected all CSA applications as unacceptable, and set a deadline on January 22. Sentinels are usually canceled The Court of Appeal does more, I don't give them a retrial, I cancel their sentence and I judge, because you can't judge this, in other words, it means that what the lawyer wrote to us acknowledged As soon as we got the brand that again, and if we get the mark as soon as possible, it will cancel their value for the football class, all 7-10, how much they have, because if you keep it for five years and don't use it they fall out of rights, according to European law, and then all of them, for football, rot and we defend our FCSB brand, Steaua Bucharest Football Club, we get back and go and review and use it for injuries and goodbye to Talpan. "That is an atomic mass, that is, we are definitively destroying Talpan," Becali told Digi Sport.

According to Becali, FCSB asked CAB to cancel the CSA Steaua sign in football class because the army group did not have football.