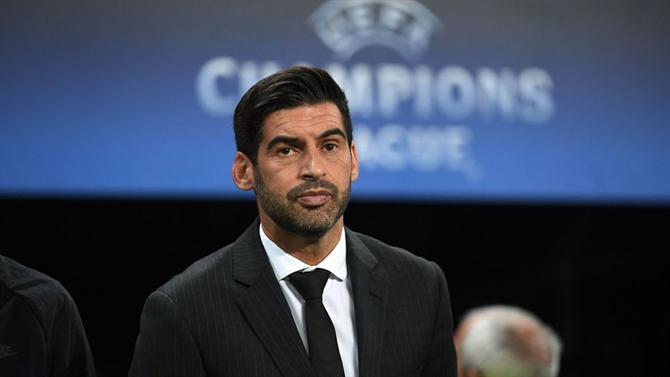 Paulo Fonseca devalued the "ghost" sentence against Shakhtar Donetsk and noted that it did not affect the outcome of the match against Manchester City.

"It makes no sense to say anything about this penalty after this result," the Portuguese coach said in a heavy defeat (1-6) with England in the Champions League.

"We lost because the City team were at a level far above us. We were not even close to fighting for victory. My team was not good, did not show courage," he added, before summarizing what was wrong for the Ukrainian team:

– Worse than conceding six goals is to show fear of opponents. And our main problem is showing fear, lack of courage. So we don't build games like we want.

In a group account: "We still have the possibility to pass. We have to win the next two games and wait for the right results in other games. This will be difficult, but we must try."