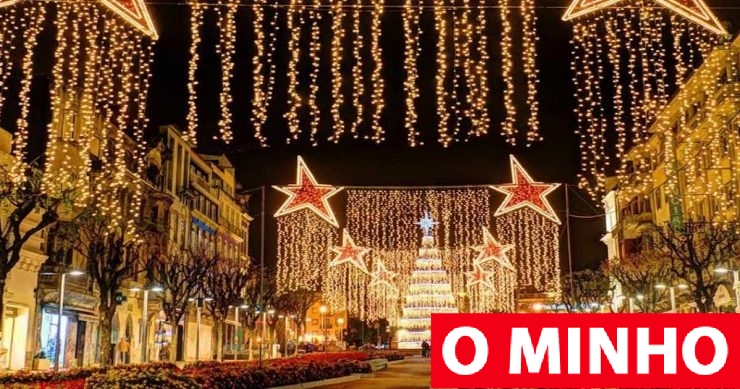 The city of Braga will have music, dance, theater, circus, literature, cinema, exhibitions and gastronomy in the Christmas period in a "broad cultural program" which also has more than 200 shows and animations.

Presented today, the program "Braga E Natal 2018" begins Saturday, with a "magical ceremony" to turn on the lights, extending until December 31, the new year's day that will rely on Virgul as the poster's head at a party on Central Avenue with a concert by Sound Profile, Mastiksoul, Virgul and DJ Ruy Vercetti.

"This is the bet we made in strengthening the attractiveness of this period, following the motto that Braga is a natural destination for the Christmas period and that this must be lived on the road," said the presentation of Braga's mayor program, Ricardo Rio.

In the program presentation, the president of the Braga Commercial Association, which supported the event, said that the association estimated that "Christmas sales in the Braga trade grew 5% compared to the previous year."

"We also estimate that in catering and beverage companies there will be business acceleration in the order of 10% compared to 2017 and during December that around 100 million euros in trade, tourism and services will be transacted, the flow of visitors and consumers at the center of around two million month, "said Domingos Barbosa.

Of this program, the most important are the Christmas Parade, on December 9, the traditional Christmas Fire Day and the Giant Kingpin, at Largo do Pópulo on the 15th, with São Silvestre de Braga Racing coming out on the 16th day with 5 thousand athletes to participate in.

The program also has "attention" specifically for children, with more than 70 free activities programmed between theater, cycles of cinema, workshops, musicals and many challenges in the square, with an emphasis on theatrical spectacle "The Principezinho", by Jangada Teatro, on December 2, at the Altice Braga Forum, with free admission.

There will also be, along with Theatro Circo, the ice rink and at Central Avenue a Snow Globe.

On Central Avenue will be installed a stage that will receive a chorus, music group and dance school in the city, where the show "Carrilhão de Natal" will appear, by the La Tal International Company.

The songs also include Reis and Janeiras songs at various institutions in the region, culminating on January 13 with the Meeting of Traditional King Groups at Altice Forum Braga.