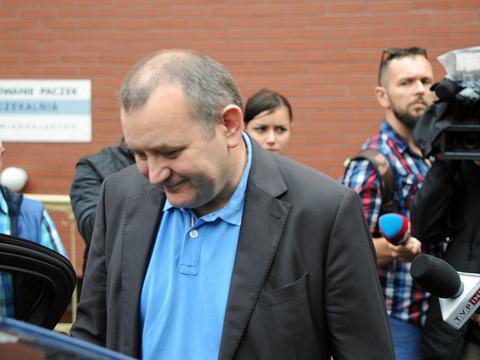 The Western Pomeranian delegation from the Szczecin Public Prosecution Office wants PO politicians to sue two new crimes – one that is corrupt and the other – money laundering. Gawłowski, who in the spring of this year received five charges, including one corrupt and spent three months in detention, did not take part in the committee meeting.

As our reporter informed us, the committee has decided:

– It's all about politics here and not about other dimensions. PIS representatives came with instructions from Nowogrodzka, which they ran. This is not about getting the truth but about showing that corruption is allegedly fighting against the opposition line. This is a political spectacle – he stressed after the committee's decision in an interview with Onet Gawłowski.

RECOMMENDED: Gawłowski's first interview after leaving prisoners. "I began to pray for Kaczyński and Ziobro"

Deputy PO Robert Kropiwnicki acknowledged the allegations made against prosecutors Gawłowski by the prosecutor's office were "vilable". He reminded that his case had been handled by a court that had decided on the application of his detention and that he could leave prison on bail.

– I often hear sentences like: "that MP Gawłowski, like every citizen …", just like every citizen, the court said that this case was not suitable for arrest, the case ended, and in the case of MP Gawłowski, the case returned. And he returned, because he was a member of parliament, a politician, and because of that the office of the political prosecutor unfortunately tried to play on this issue – convincing Kropiwnicki.

The new allegations against Gawłowski are connected with apartments in Croatia, which according to the prosecutor's office, Gawłowski accepts as bribes from businessmen from Kołobrzeg, Bogdan K. In return, he offers "support, support and assistance", including in contact with an entrepreneur with representatives from the Agency Western Pomeranian Water Reclamation and Facilities in Szczecin, organizes multi-million tenders. Gawłowski should also receive from Bogdan K. 100,000 bribes. MP currently, at that time, was the secretary of state at the Ministry of Environment during the administration of the PO-PSL.

According to the prosecutor's office, Gawłowski also had to carry out activities with others who would make it difficult to determine the origin of real estate in Croatia. According to the researchers, he organized an agreement to sell fictitious apartments with other "settled people". Documents about their purchases were found in December 2017 during the PO home search.