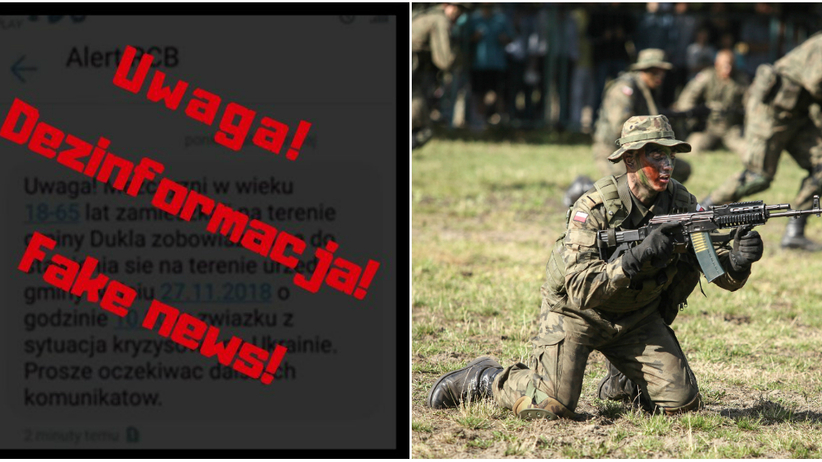 False warning from the Government Security Center. City residents in eastern Poland received text messages calling on men to come to the municipal office in connection with the crisis in Ukraine. RCB denies and ensures that it does not send messages like that. The Internal Security Agency and the Police have been involved in this matter.

According to the InfoSecurity24 portal, from senders signed as "RCB Alert", text messages will be sent to cells, including content: "Attention: Men aged 18-65 who live in the Dukla commune must appear at the commune office on November 27, 2018 at 10: 00 am due to the crisis situation in Ukraine, please expect further announcements. "

Information on false warnings by the Government Security Center, as reported, was received from residents of communes in eastern Poland.

"The Government Security Center does not send RCB Notices regarding the surrender of men to municipal offices. False positive issues have been handled by the Internal Security Agency and the Police," RCB said on its website.

InfoSecurity24.pl warns that the "RCB Alert" program will officially begin on December 12, and is currently being tested. This is to warn mobile users about possible threats – quote the website from the words of the deputy director of RCB Grzegorz Ĺšwiszcz.