Michał Olszański about his son's sexual orientation: "I did not immediately accept that my son was gay" 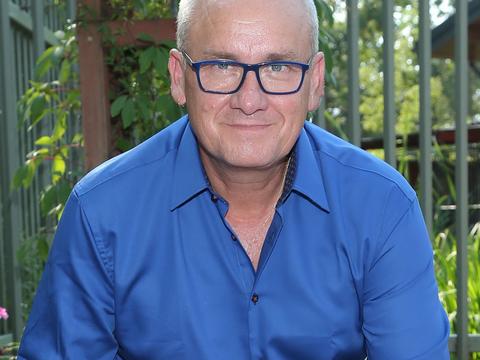 Michał Olszański, a famous journalist, even known from "Magazyn Express Reporterów", the morning program "Questions for breakfast" or radio Trójka (by profession), is a happy husband, father of two sons, grandfather. As a father, a journalist must face a situation that still causes a lot of shame, anger, guilt and even humiliation in many parents. In an interview with dziennik.pl, Olszański claimed that his younger son Antoni was gay. "I did not accept it at once (…) I had a conflict with Antek about how he looked, how he dressed," he admitted. However, the wife of Michał Olszański – Magda (therapist and teacher) did not accept the orientation of the son's problem, which, as the journalist said, felt what was happening.

How did Olszański himself know that his son was homosexual? "It was not one day, one statement, it was a process. Long discussions with Magda about this, reaching out to say that my child was not heterosexual and that he felt he still had support in me. He was happy," said the journalist.

On the other hand, Antoni's confession changed the way Olszański looked at his son: "(…) he was very impressed with me, because when he found his identity in front of me, I felt he was an adult."

How is the relationship between Antoni who is 38 years old and his father now? This is how Michał Olszański talks about this: "(Antoni) is a handsome, embraced man, without polite behavior in a great relationship, I really appreciate his partner and I think that when a man stays in their own home, with people they love, it's worth the experience, face your old stereotypes that you have. I have no problem now because my son is gay, it doesn't damage our father-son relationship. "

For parents who have problems with accepting different sexual orientations from their own children, blaming themselves and even thinking about breaking up with them, psychologists suggest that they realize that we humans are not just a derivative of what we get from parents, who we carry in this world also something from each other, and describe yourself as for example a homosexual is not a conscious decision on the family. Psychotherapist Małgorzata Liszyk-Kozłowska, a health.onet expert, stressed that it is very important that parents who know that their child is homosexual do not bring it to one aspect of this, and that he is no longer guided by the opinions and comments of others. "Many parents and relatives who learn about homosexual orientation from a member of their family do very well." They lose a concrete man with all the complexity, ability, before kindness, warmth, etc., and suddenly he is only taken to one area . , disgusting, sometimes – disgusting "- he wrote for Onet (read all suggestions)