Home / poland / BMW driver driving 130 km / hour? We have a police position in this matter

BMW driver driving 130 km / hour? We have a police position in this matter 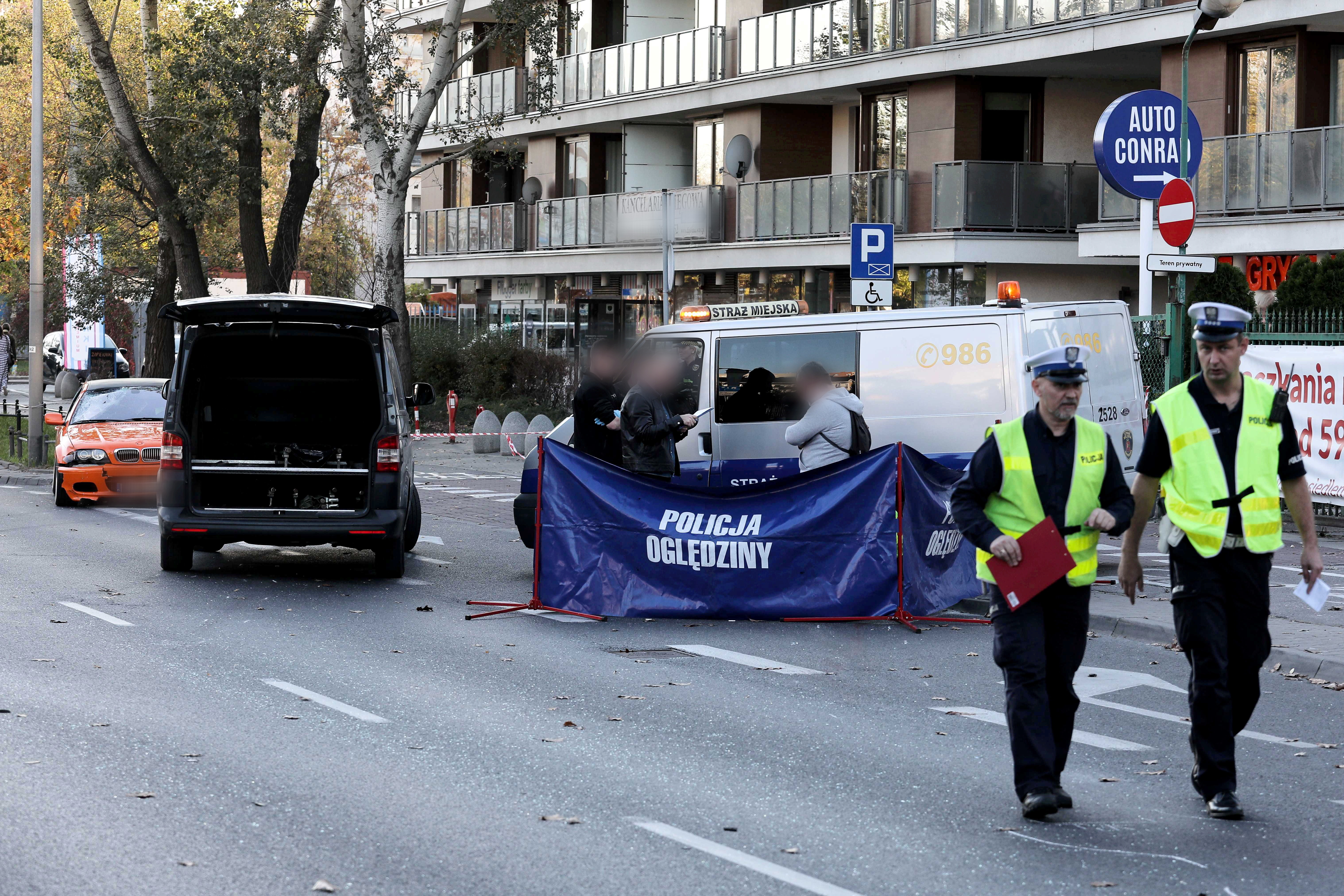 A BMW driver who killed a man at a pedestrian crossing in Bielany, Warsaw, will be traveling at a speed of around 130 km / hour. This information was provided by ZDM management on Wednesday. However, the capital police did not confirm this. "I don't know such speed," KSP spokeswoman Sylwester Marczak said.

– We know that the BMW driver on ul. Socrates traveled at a speed of around 130 km / hour. The braking distance can be seen at least 30 m before the pedestrian crossing, which shows that the driver sees the pedestrian, but because of his speed he cannot react – said asukasz Puchalski, director of the City Road Authority in Warsaw after meeting with the accident commission. On what basis the speed is calculated, the director of ZDM does not say. It is known that the BMW driver stopped about 50 meters behind the pedestrian crossing.

The Metropolitan Police does not hide surprises with information from the City Road Administration. – I emphasize that I do not know the speed of 130 km / hour. That is not the result of the accumulation process material. The opinions we are waiting for will primarily be based on all data that can only be accessed by investigators and experts who issue opinions – said Virtual Poland Sylwester Marczak, spokesman for the capital police.

Łukasz Łapczyński, a spokesman for the prosecutor's office, spoke in the same tone on Tuesday. – We are waiting for the expert report. This is not a problem one, but at least a few days – said WP Łapczyński.

See also: The tragic circumstances of the disappearance of 5-year-old David. The police use a helicopter

– Give speed before expert conclusions should not occur at all – said one of the capital's police officers. According to him, ZDM management is moving forward. Information that the driver drove 130 km / hour is widely heard on social media. Most internet users accuse BMW drivers of killing.

According to ZDM, all events were captured on a monitoring camera. It was also determined that visibility in the field was very good and this accident should not have occurred.

Let us remind you that in early 2014, the City Street Authority in Warsaw refused to install lights at an intersection at ul. Socrates in Warsaw, where the fatal accident occurred on Sunday. Residents apply for signaling. ZDM refused, because at that time there was no traffic on the road.

The tragic accident occurred on the following Sunday 13. A 31-year-old BMW driver crashed into a pedestrian crossing the intersection at ul. Socrates in Bielany, Warsaw. According to eyewitnesses, a 33-year-old man managed to push his wife onto the sidewalk at the last minute and push a baby stroller with a 3-year-old son. He saved his relatives, but he could not escape. The man died after a long resuscitation. The woman and child were hospitalized, their lives not in danger.

On Monday, BMW driver Krystian O. heard accusations of causing a road accident with fatal results and exposed a woman and her child, who were at a pedestrian crossing, with immediate danger of losing their lives or serious damage to health.

Investigators found that the 31-year-old man exceeded the speed limit. The man pleaded guilty during interrogation. He also answered the defender's question. – He explained that he did not remember much. He added that he was blinded by the sun – Łukasz Łapczyński, a spokesman for the District Prosecutors' Office in Warsaw told the PAP.

The prosecutor's office applied for the man's detention on detention, but the court did not agree.

Do you have news, photos or videos? Send us via histor.wp.pl