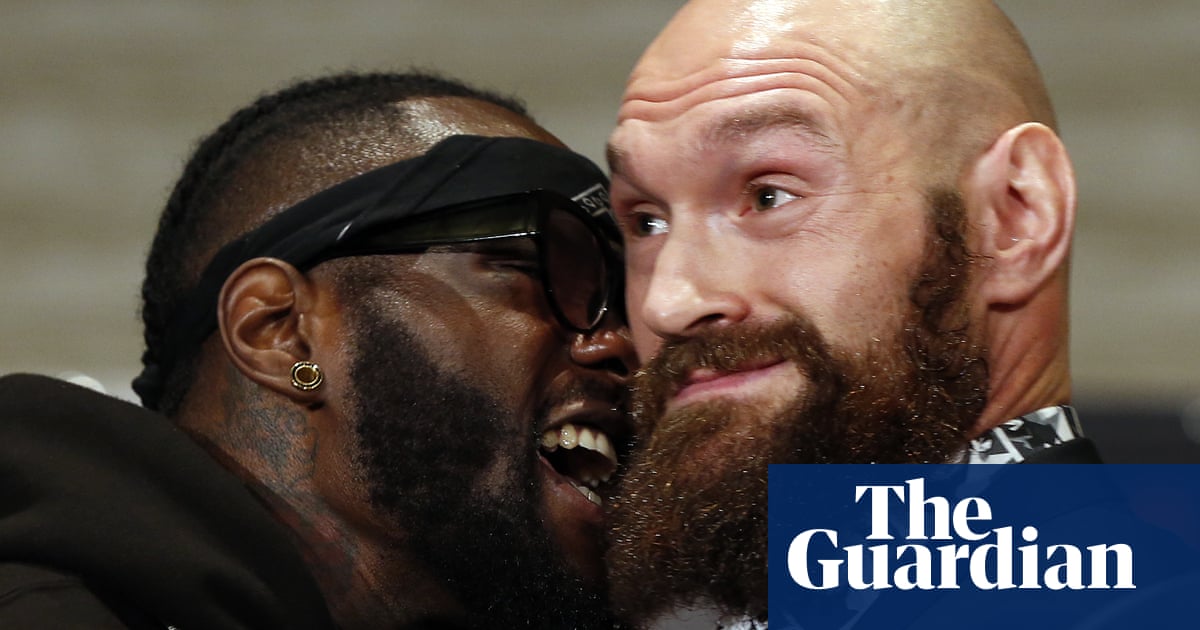 Tyson Fury and the Deontay Wilder press conference were in turmoil when heavyweight players faced off in Los Angeles on Wednesday.

The pair, who will fight on Saturday for the WBC heavyweight crown, became involved at close range when they pushed each other before their team escorted them from the stage. Fury took off his shirt when the fighters insulted each other.

Fury said: "He was really confused; he is nervous and he is nervous. I will make it look like his clown. He looked very nervous, I did not incite it, he did it. He screamed, screamed, and everything. That's fun, right? He knew he couldn't get me out, so he tried to be personal. He tried to deepen his fighting abilities, but I relaxed, I was a born fighter. "

The former world champion reminded Wilder of his biggest win when they came face to face at the final press conference before the title battle at the Staples Center. It's been three years since Fury produced a significant disappointment when he came out of the box of Wladimir Klitschko, who has been unbeaten for 11 years.

The victory may remain the best that the active heavyweight has achieved, and vowed to stop the American champion, Fury said: "It's been three years since I went to Düsseldorf and kicked Klitschko's ass everywhere.

"I will hit [Wilder’s] face him. I have heard many people say 'Wilder with a knockout or Fury at points', but I tell you now, Wilder will be disabled. "

Wilder responded by dismissing Fury because he had "time". After defeating Klitschko, the 30-year-old remained inactive for more than two and a half years as he struggled with mental health problems and gained weight to reach around 27st, something that could not weaken him on Saturday.

"This is a moment I have been waiting for throughout my career; this is my time, "Wilder said. "Fury has it – when he defeated Klitschko which is a window to do whatever he has to do. How he took on his responsibilities as a champion was for him. But now is my time. I have sat patiently, waiting.

"I'll drop Tyson Fury. They say I'm a puncher and he is a boxer but the same thing is said when I hit [Bermane] Stiverne. I will show you how well I can pack. He will go down. "

Fury was keen to underline the importance of his appearance and "mission" to represent vulnerable people.

"I stand as more than a champion – an ambassador for mental health. I am the champion of the people, "he said. "I'm not just fighting for me, I have millions of people who admire me."