Two explosive new trailers for Narcos: Mexico will make you forget all about Escobar 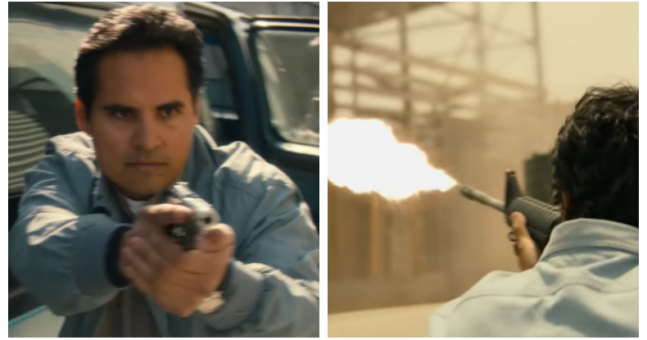 Narcos is back this week.

After cleverly deciding to shift focus from Colombia, Narcos: Mexico will explore drug war in the 1980s when spectators witnessed the emergence of the Guadalajara Cartel.

Led by Miguel elngel Félix Gallardo (Diego Luna), we will witness a tragic event revealed when US DEA agent Kiki Camarena (Michael Peña) and other Narcos officials try to dismantle it.

Before becoming the most powerful figure in the Mexican cocaine trade, Gallardo saw potential among independent and relatively disorganized cannabis farmers in Mexico.

Unlike the leader of a flamboyant cartel like Pablo Escobar, Gallardo was calm and focused when he used business instincts and high-powered connections to build farmer and merchant confederations.

As his kingdom developed, Félix became more violent, finally leaving marijuana for cocaine and partnering with the Colombian cartel to help transport their drugs across the border.

Meanwhile, we will be introduced to a new hero as an American DEA agent Kiki Camarena (Michael Peña) moves his pregnant wife and son to Guadalajara to take on a new assignment.

Think that the personal duel between Murphy and Peña against Escobar cannot be achieved? Think again.

As soon as Kiki arrived in Mexico, he realized that he might have an impossible task. The Guadalajara Cartel not only pays to keep the Mexican government and law enforcement officers on its side, the American government does not always respond to DEA, a relatively new organization.

Despite low resources and a hard struggle, Kiki was very motivated to capture Gallardo and his colleagues. He relies on his fellow DEA agent and boss, James "Jaime" Kuykendall (Matt Letscher), although in the end, he decides that he must trust his own instincts.

The battle between law enforcement and the Guadalajara Cartel ended in a series of tragic events that will launch a modern drug war. Over the next few decades, there will be no party in common.

Narcos: Mexico was released on November 16 on Netflix.