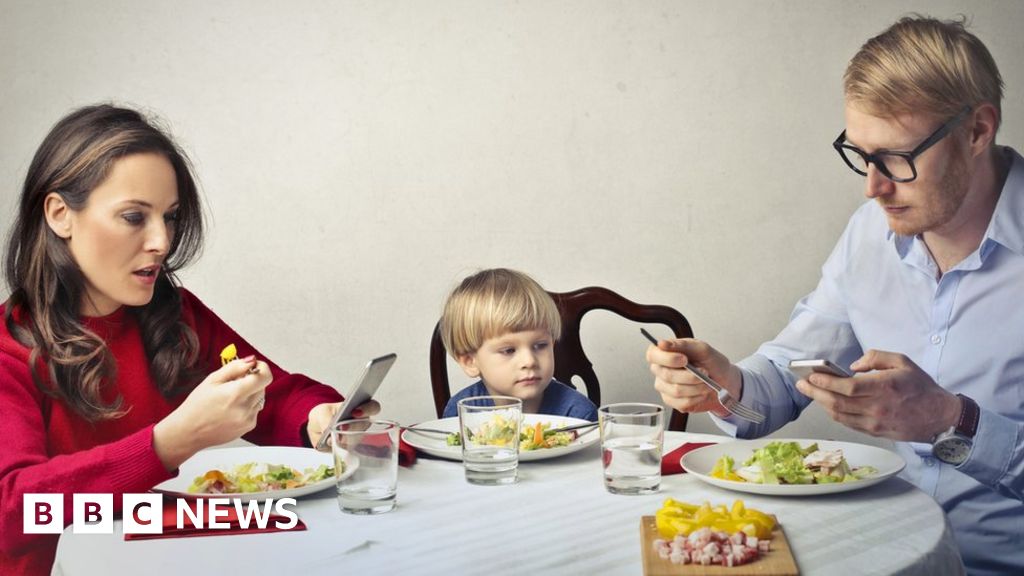 Getting families to put down their tablets and phones and talk to each other can be hard, but one restaurant chain is trying to persuade them.

There will be free children's meals.

Frankie & Benny's words to spend less time on their phones and more time talking to them, prompted by the idea.

About 10% have tried to hide a parent's handset to get attention, it said.

And almost twice that many said it seemed their parents were preferred to be on their phones than to talk their children.

Over a quarter of parents admitted they checked their phones during family mealtimes while 23% of the children were talking about their day.

The survey – commissioned by the restaurant chain – quizzed 1,500 parents and children.

During the "No Phone Zone" promotion, which runs from 29 November to 7 December, Frankie & Benny's will leave their devices.

No one will be forced to take part, the firm stressed, but the staff will be "actively encouraged" to get diners to participate.

The chain, which has 250 restaurants, also said it would look to roll out the initiative on a permanent basis if it was successful.

Some people welcomed the move on Twitter while others were skeptical.

Alexis Martin said: "Where is this magical place and how do I get there?"

And Sue Lamming tweeted: "What a great idea, but will you know what to say to each other?"

But retail analyst Steve Dresser wondered if it was just a way to stop people complaining about service on social media.

"We looked at various ways we could encourage people to eat at a dinner table, and we found it to be a great way to bring them closer and embrace family time , "a spokesman said.