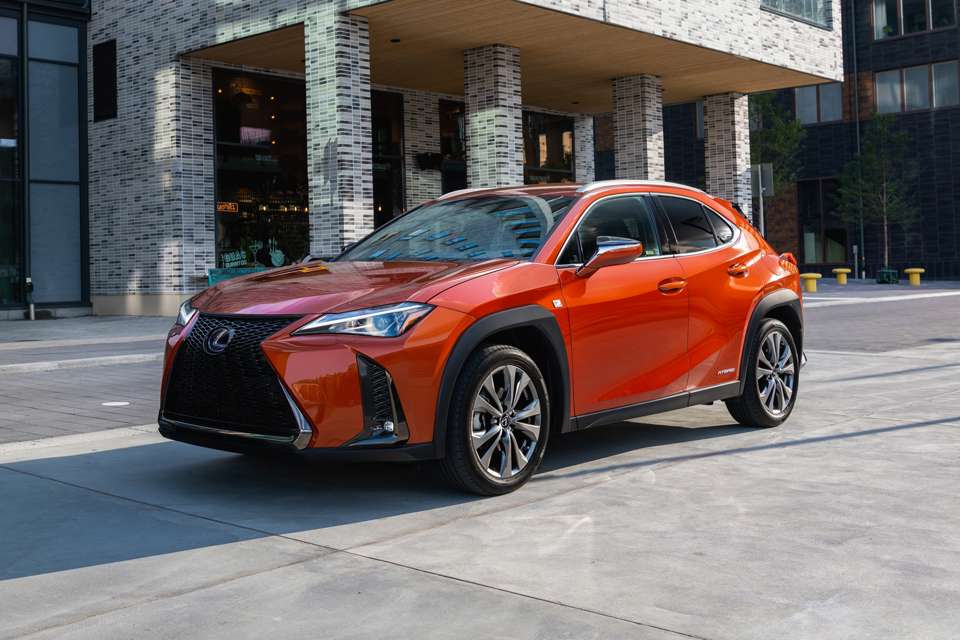 Following its world debut at the Geneva International Motor Show, Lexus's latest luxury crossover, UX, has officially arrived in the Philippines, and is ready to take on the local premium small crossover market. The UX will now function as the entry-level Lexus Philippines crossover model, previously held by NX, and available in two variants: UX 200 and UX 200 F Sport.

Introduced as a concept back in 2016, the UX is the smallest crossover offered by Lexus and aimed directly at the younger generation of car buyers. Compared to the concept, the design has softened a lot but still continues to display typical Lexus signs with sharp outlines and muscular tones.

The front is dominated by a large spindle grill flanked by two sharp headlights with L-shaped daytime LED lights (DRL). The black body sheath runs the UX length, giving it a rougher appearance. At the rear, two LED taillights are connected by a long LED strip that runs along the tailgate. The 17-inch wheels come standard, but the sporty 18-inch unit is installed exclusively on the F-Sport variant. Size wise, the size of the UX is 4495mm long, 1840mm wide and 1520mm high with a 2640mm wheelbase.

Inside, it features a sporty cabin that looks similar to the rest of the Lexus model. In front of the driver there is a digital instrument panel while in the middle there is a large infotainment display controlled by the touchpad. Customers can utilize up to eight different interior colors for their UX locally.

Under the bonnet, the UX uses a 2.0-liter four-cylinder gasoline engine that produces 168 PS power and 205 Nm of torque. This then sends power to the front wheels through Lexus' Direct Shift Continuously Variable Transmission (CVT). Built on the Global Architecture-C platform (GA-C), it allows the UX to have a low center of gravity but high ground clearance at the same time.

Prices for Lexus UX are as follows: