Decentralization 2019: FPF has plans to make a tournament with teams from the First and Second Divisions | AUDIO 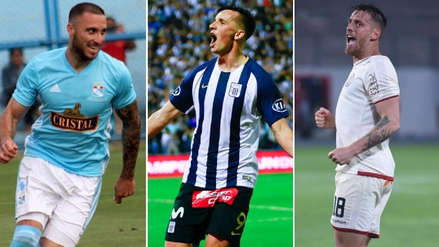 Víctor Villavicencio, General Manager of the Organizing Committee of the Football League, spoke with RPP News and comment on some of the plans Peru Football Federation (FPF) for Decentralization 2019, one of which is the creation of intermediate tournaments with teams from First and Division II.

"We have advanced a kind of draft. We have a very difficult sports calendar and in that case we hope to make a simple tournament with a start and a finish. And in the middle of doing everything possible to do an intermediate tournament and play it by the team First and Division II", Indicate Villavicencio in & # 39; Fútbol Como Cancha & # 39 ;.

Also, representatives from FPF He also added that the idea to create this championship was to decentralize football and that this winner could get a place for the Copa Sudamericana.

"The intermediate tournament will be played by all the first teams and in the second case, it will be seven who have been in the last group. The rest of the equipment will be analyzed," he added.

On the other hand, Villavicencio said the reason why Decentralization He went from 16 to 18 teams. "A FIFA mission evaluates the tournament, the system and from there the idea starts so that there are more clubs in the championship."

In addition, the league manager commented that the championship for Decentralization The 2020 18 continuity team is not guaranteed, but makes it clear that it will not rise to 20 frames.