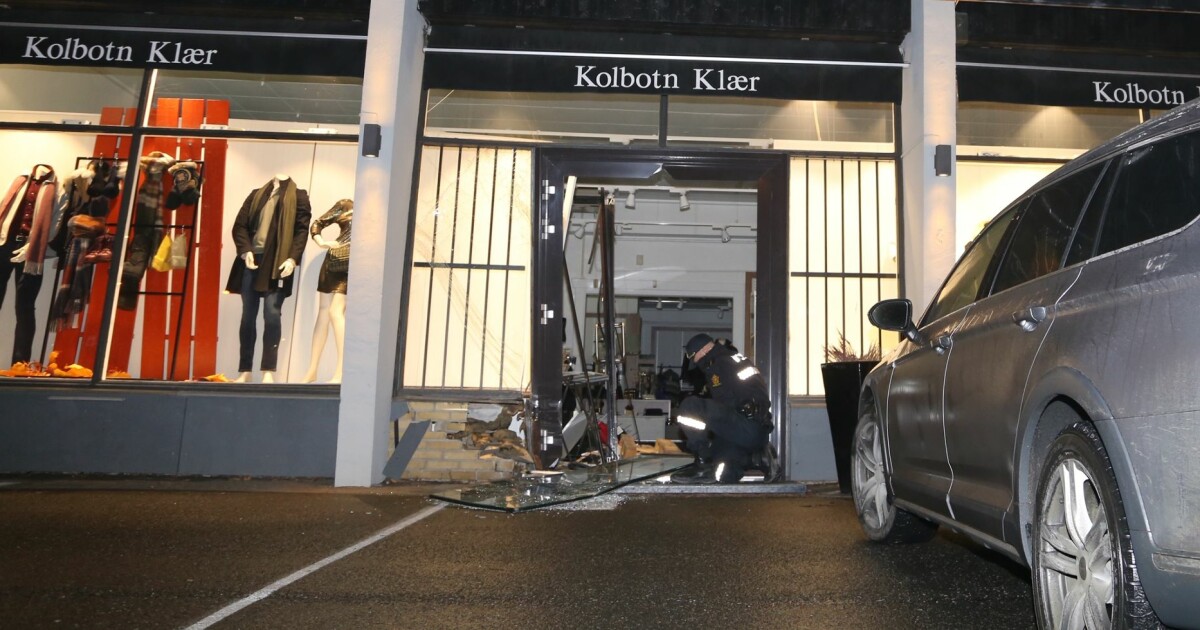 According to the police, the expensive clothes stolen were from the Kolbotn Klær clothing store. Police were informed of the robbery, which they called a surprise break at 2.52.

"They have used cars as a breakthrough and brought brands that together form a number of values," said operations manager Gisle Sveen in the East Police District to TV 2.

Among other things, there are around 50 jackets from branded Parajumpers, up to a total value of up to half a million, according to police.

The van used for robbery is described as dark blue. This has been pushed to the entrance to destroy the door.

"We have not found a van, but we think that maybe Volkswagen is in dark blue. We also think it has big damage up front," Sveen said.

The shop facade has suffered considerable damage. There were neighbors in the area who told the incident after hearing the sound of the place.

Police have conducted night surveys until Friday and will continue during Friday afternoon.

"We have hope that there may be some traces that can give us some clues to keep going," Sveen said.