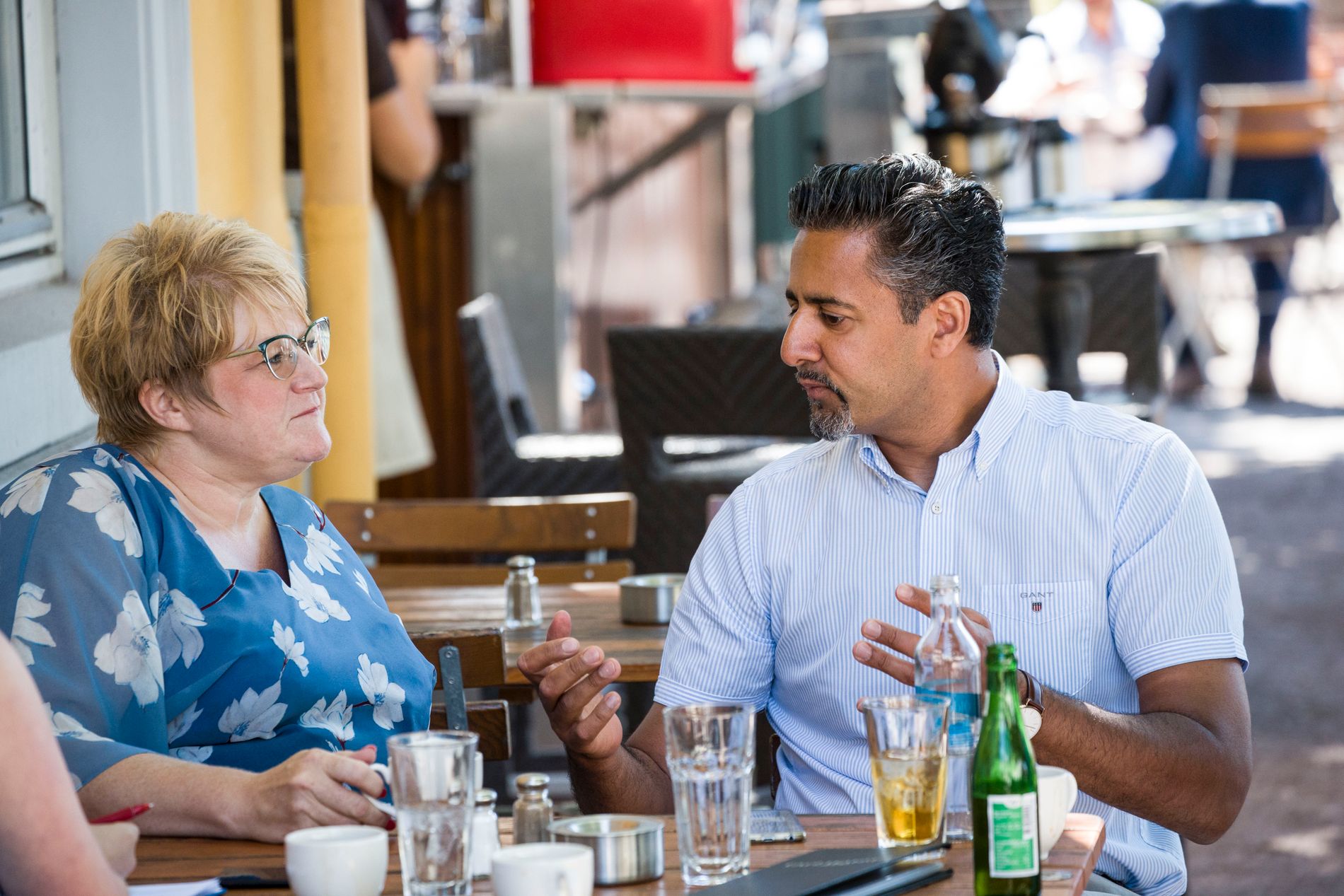 Abid Raja (44) or Sveinung Rotevatn (32) must be the party leader on the Left this spring. This is the main finding in a new poll.

Between November 1 and November 4, they conducted a poll of 1003 respondents, asking voters from all parties to be elected as leaders in the Liberal National Assembly next spring.

They were asked who they thought would be the best to lead the Left towards the 2021 parliamentary elections. They had to choose between the chosen candidates and the results were as follows:

Selection: Representative samples from populations above 18 are taken. Samples were taken randomly from the Bisnode telephone number database. The number of cellphone numbers in the sample is more than 90 percent.

Weighting: Results are weighted due to gender and age composition of the population.

Error margins: Results must be interpreted in error margins +/- 2 – 3 percentage points for the main frequency. Subgroup error margin is greater.

– Favorite voters as new Vestre leaders are Abid Raja and Sveinung Rotevatn. The current Left Leader Trine Skei Grande only reaches 11 percent. That is the most special thing about this survey because people will hope that more people will point to Grande, both because he is actually a party leader and because he has stated that he wants to continue, Olaussen said.

Skei Grande: Ask for support to rebuild the Left

– The results may be slightly influenced by the media: Abid Raja in particular has made a mark on a number of issues and visibility is important to get support, he said.

Previously confirmed measurements: Although the King was not part of the Left's leadership, he still managed to become the 4th most favored Norwegian politician, according to the Norstat survey published in Aftenposten.

– What does the Left turnout mean?

– The survey was taken along with the usual party VG barometer. There, the Left only received 3.2 percent of the 1003 respondents. This selection is so small that it is technically impossible to do so, Olaussen said.

Here are some other findings in the "duel" between Rotevatn and Raja:

Among the men, Rotevatn received 25 percent support, while the King got 21.

The king attends a meeting on Vestland Left in Bergen on Saturday.

– This is motivational feedback from people. I have big ambitions for the Left, which I believe have the best policies on the environment, school and business. In addition, we have a social-liberal ideology that can expand in cities and be built throughout the country. I want to be part of the new team up front that will rebuild the party, which is why I made myself available for the nominating committee. I hope to continue to contribute to creating positive engagement between the left and voters, he said.

– I don't want to say anything about this survey other than that I have made myself available for the nomination committee, because I want to continue to get support for my party, said Sveinung Rotevatn.

Grande does not want to comment on the survey, beyond what he has said: That he has made himself available to the nominating committee.

He said that he wanted to continue as party leader.

The King is a representative of Storting, Vice-President of Storting and sits on the Foreign Affairs Committee. He was at the forefront of a dispute with Frp this summer about victims and finally stormed when he accused Frp of involvement in brown propaganda.

Rotevatn sat on the Storting from 2013 to 2017, but was not reelected. He is a lawyer and started working at the law firms Steenstrup and Stordrange, but has been on leave since becoming foreign minister. He is currently the State Secretary for Climate and Environment Minister Ola Elvestuen. He also sat in the central government on the Left.