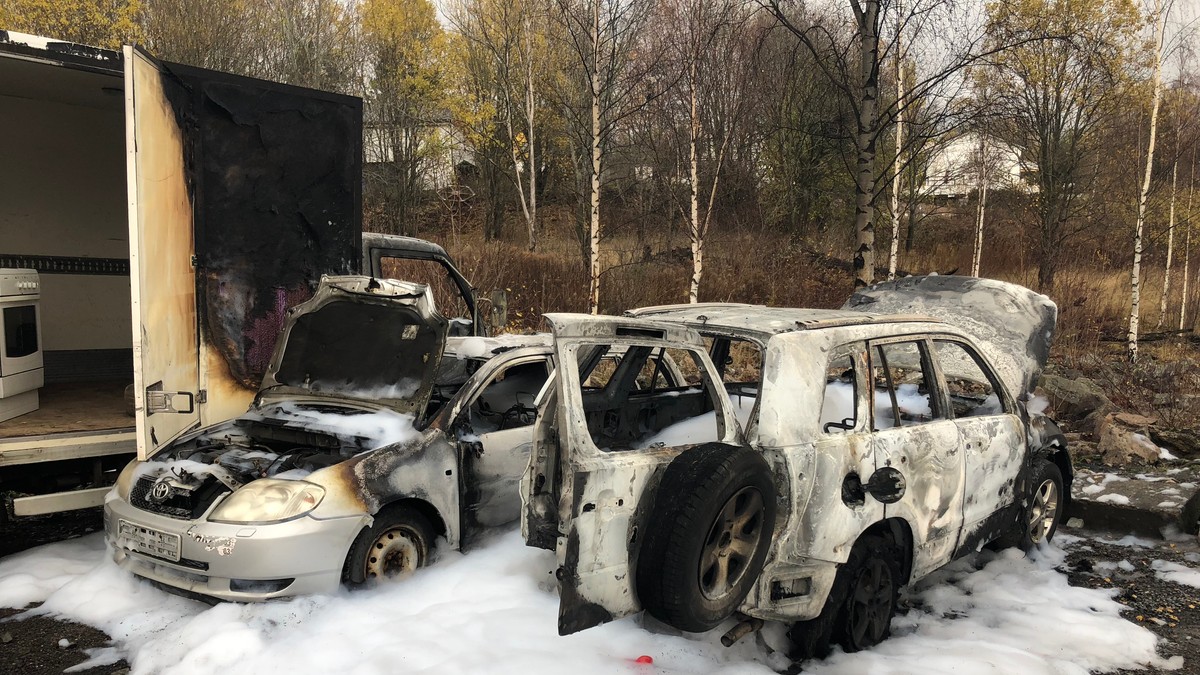 The police have sent more patrols and are now exploring Oslo's highways. They broke out when they were notified of a firefight at the Roma underground station in Rome.

"Police say in 07.45 that they saw smoke and flames in the neighborhood. All emergency services will then be sent to your site. This is related to a rocket to the place.

It turned out that there was a total fire in four vehicles, three cars and a small truck. These are divorced cars, so now we are working to investigate the ownership of such cars, "says head of police chief Krohn Engeseth.

The area where cars were burned was a parking lot for building workers.