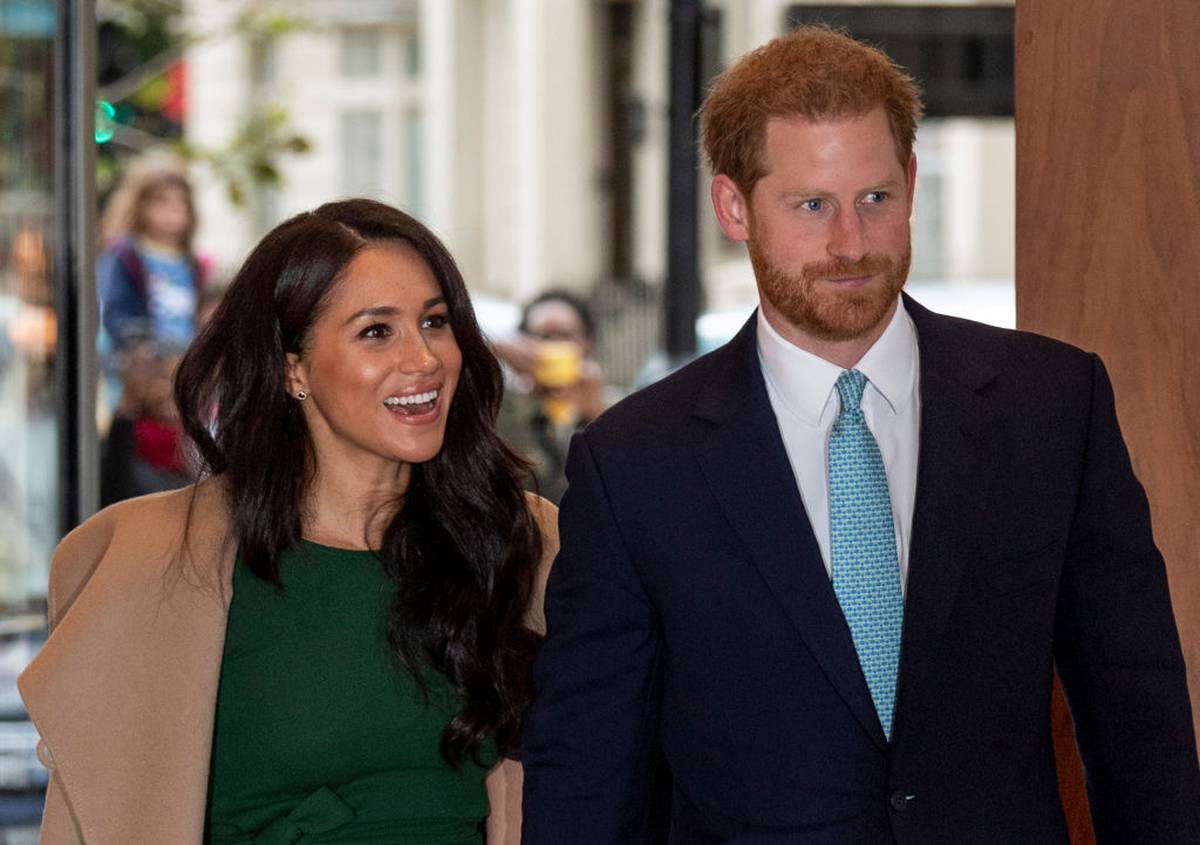 Duke and Duchess of Sussex have made a surprise appearance at Windsor Castle.

Just days after the all-couple interview, it emerged as rumors of a royal feud with Meghan failing to appear on an event with Prince Charles.

Speaking to young people about gender equality on Friday (British time), Meghan thanked the guests for letting him and Harry "destroy the party".

Duke and Duchess of Sussex arrived at the castle on their new electric motor before meeting the One Young World youth organization that had been assisted by the Commonwealth Queen of the Commonwealth (QCT), reports The Sun.

QCT is an organization that aims to connect and fund young leaders throughout the Commonwealth who work to improve the world they want to see. Meghan is the vice president of QCT and is a supporter of One Young World who is looking for new initiatives to improve gender equality and empower women.

"What you all are able to do independently is amazing, but then when you work collectively, (we can) see what we can do in our community and then use that knowledge to apply it to whatever happens in all other communities this, "he said.

"In terms of gender equality, which I have fought for a long time, I don't think the conversation will happen without men being a part of it.

It came a day after it was revealed Meghan snickered Prince Charles – who drove her down the aisle on her magical wedding day.

The Prince of Wales hoped his son-in-law would be a guest at the opening of his exhibition, but Meghan was reportedly withdrawn at the last hour.

It is unclear why Meghan withdrew from supporting his father-in-law, who was instrumental in bringing him to the kingdom, but some speculate that it was after Sussex learned that Prince Charles took part in a documentary that would provide insight into the work of the Cornwall Duchy.

Prince Charles' first installment: Inside the Duke of Cornwall, taking viewers through his vast land in western England.

The audience praised the king after the controversial interviews of Prince Harry and Meghan Markle with Tom Bradby of ITV.

About Harry & Meghan: Traveling Africa, Duchess revealed that she has faced difficulties during the past year as a member of the royal family.

The program was filmed on the successful Sussex overseas tour recently where the public got the right first glance at Archie's baby after he was born in May.

Prince Harry also revealed he and his brother Prince William were "on a different path" and had "good days" and "bad days" in their relationship.

Meghan said she felt vulnerable and talked about the difficulties of being under a microscope of interest with British tabloids.

He said: "It's not enough just to survive, it's not a point of life. You have to grow."

Prince Harry also admitted that he felt under pressure to protect his family because of being researched in the media.