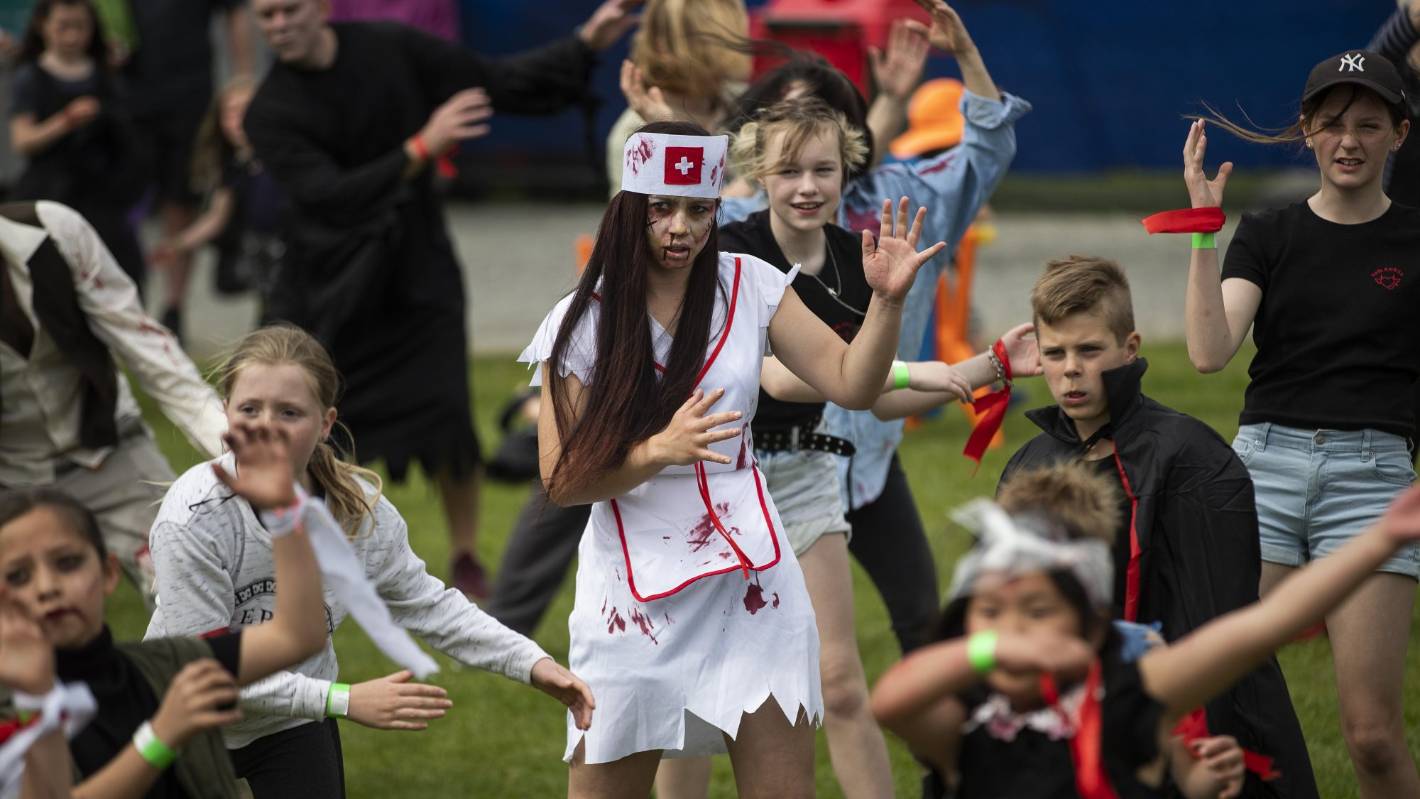 Dancer Carrie Martin leads a mob of Cantabrians through rehearsals at The Commons, with everyone grooving in union for the performance, in unison with other dancers and Jackson-lovers joining similar events around the world.

The choreography was taped on YouTube clips and shared online before the big day to give entrants a chance to familiarize themselves with some of the trickier moves.

Thrill the World Christchurch, at 11am, was run alongside a global organization by the same name celebrating Jackson. Every year, on the Saturday before Halloween, the group encourages people to connect through dance and raise money for local charities.

Donations from the free Thriller the event went towards Dancing Like the Stars, a nine week dance program in low-decile primary schools throughout Christchurch.

The dance was part of a FoUND (festival of the undead) Halloween-themed family fun day.

The festival, in its second year, hosted several ticketed events across the city at venues including The Commons, The Art Center's Great Hall, Lumiere Cinemas, The Darkroom, Tūranga and Little Andromeda throughout Labor Weekend, including Nosferatu with live piano accompaniment and the Rocky Horror Picture Show singalong.