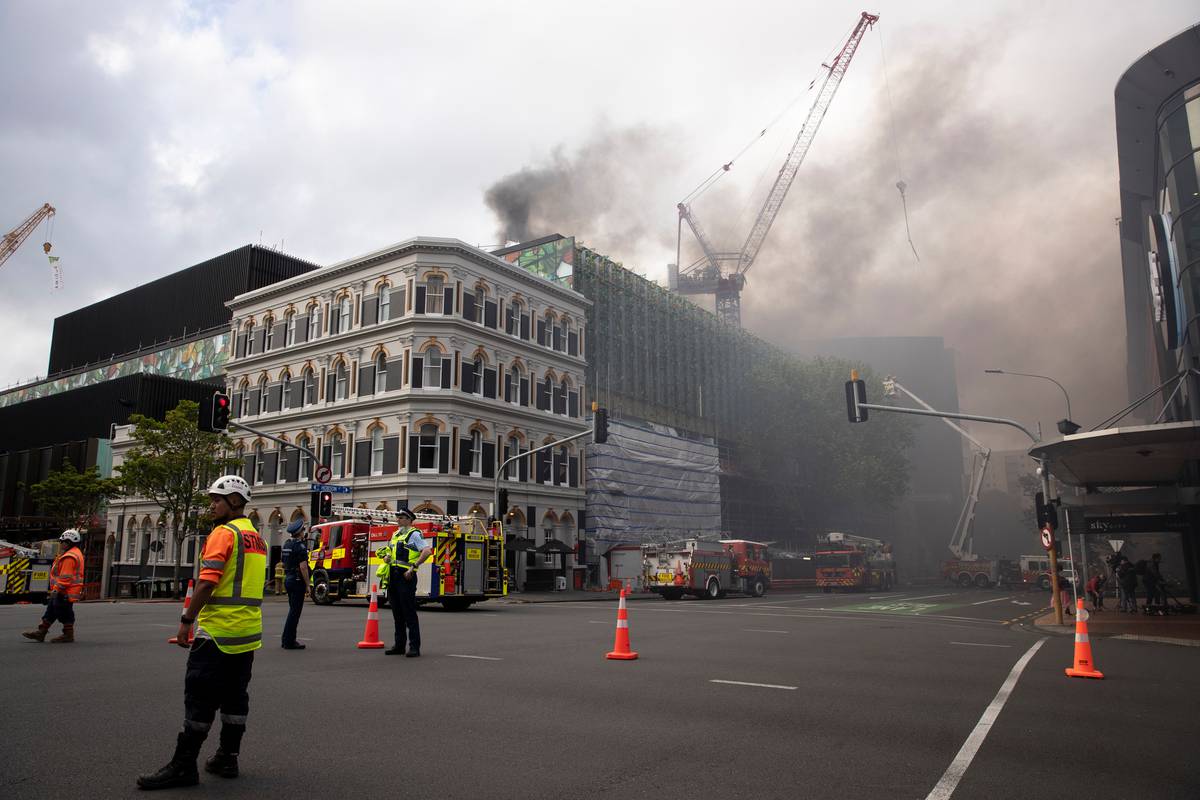 Auckland commuters are in for a hectic morning Wednesday with central city roads around the SkyCity Convention Center fire to remain closed.

The inferno – believed to have been started by a worker's blowtorch – was expected to burn overnight.

Fire crews have brought the fire that began around midday Tuesday under control, but sacrificed the Convention Center's roof to try to save the $ 700 million building.

They would work through the night to keep the fire contained, but it was not known how long they could be there for.

"It will be a slow journey in tomorrow. If you can avoid coming into the city, do."

People who could work from home or from a non-central location tomorrow morning, or start work later in the day, were recommended to do so.

Public transport would be largely unaffected.

There would be no capacity issues with buses nor trains, however some routes could be disrupted by the closures, with some delays and even cancellations, meaning commuters might need to bring their walking shoes.

"There will be ongoing disruption tomorrow morning, while the roads remain closed and public transport is diverted.

"We urge people to use their common sense and don't put themselves in harm's way by standing in smoke plumes or downwind of smoke."

A full list of transport disruptions can be found here.