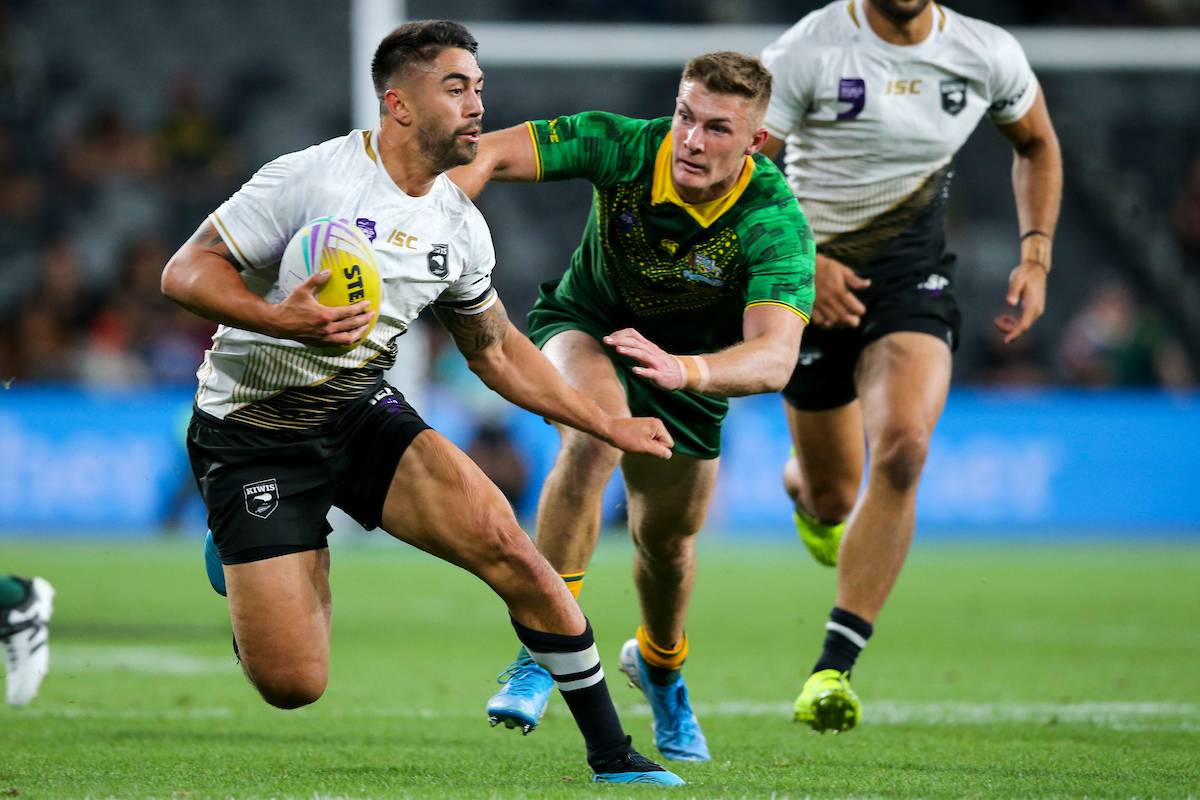 New Zealand dropped off in a tent match at the Rugby League World Nines Cup on Friday night, losing 25-12 to Australia.

The kiwi has never recovered from a bad start, while Australia has too much talent and skill in entertaining contests at Bankwest Stadium.

David Fifita is exceptional for the home team, along with Wade Graham and Josh Addo-Carr.

The result means New Zealand needs to win their matches – against Papua New Guinea and the US – to qualify for the semifinals on Saturday night.

It was a bad first day for New Zealand, with Kiwi Ferns also beaten decisively, losing 22-8 in their physical competition.

The Australian men's team starts with four game makers and only one known attacker, Tyson Frizell, on the field.

The same combination extends Australia's lead, with the winger chasing a right kick from the Australian captain.

Johnson created an experiment for Jamayne Isaako, but Kyle Feldt's bonus zone gave Australia a 15-6 advantage in the first round.

Mitchell Moses' 20-40 kick – the first of the tournament – gave David Fifita the impetus to fall, and confirmed the result.

Isaako scored his second goal, again made by Johnson, before Australia crossed with the hooter.

The surprise night was given by the Cook Islands, which disappointed the Tonga Invitational 30-7.

Tonga is very well liked, with a number of big names throughout the NRL, but very disliked.

Their opponents control ownership extraordinary, and mistakes and indiscipline mean that Tonga actually does not have.

Cook Islands led 14-0 in the first round, and a preliminary trial in the second half killed the chances of returning players in red.

Tonga finally opened their account with two minutes left, only in the second set of matches.

Samoans led 17-4 in the first round and offered a combination of structure and talent, with controlled demolition, as they overcome Fiji's mistakes.

In other matches England had little trouble sending Wales 25-4, while Lebanon defeated France 12-8 in the first match of the tournament.

In the competition Australian women gave a prominent appearance, with their dominant victory over Kiwi Ferns.

Australia opened the scoring after only 40 seconds, with a trial five points below the pole, before New Zealand's mishandled allowing Ali Brigginshaw to set up their second try three minutes later.

The third try, after Ferns gave the home side the ball, left an impressive 15-0 half-time deficit.

A clever solo effort from Brigginshaw at the start of the second half put out hopes of recovery, but Atawhai Tupea and Jules Newman scored solace.

Cook Islands 30 Tonga Side of invitation 7