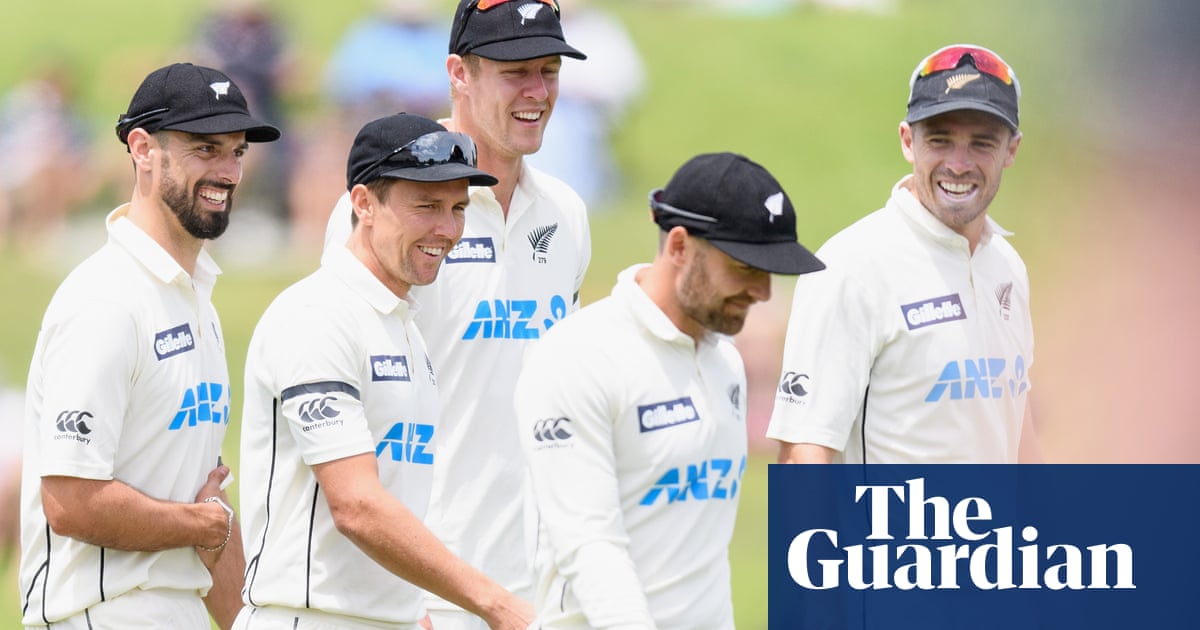 New Zealand completed the first move of its mission for the summer home when it beat West Indies by one innings and 134 runs in the fourth morning of the first Test.

Sunday’s win kicks off the Black Caps’ bid to win all four of its home tests – against West Indies and Pakistan – this season, which could lift them to the top two in the Test rankings, depending on the draw between Australia and India.

A 2-0 draw will likely be enough to lift New Zealand above England to third place in the WTC standings.

The first steps on Sunday are decisive. West Indies continued in 196-6, still 185 runs behind New Zealand after being asked to follow 381 runs in a first-half deficit. They finally ran out for 247.

“We know that the arrival of the West Indies here will be a very tough challenge and we are fortunate to have started very well and keep that position,” said New Zealand captain Kane Williamson.

“Towards today we also know it will be difficult. The bats on this side of the West Indies are very deep and they show that as a middle and lower order they are applying themselves very, very well. “

The stubborn seven-goal partnership between Jermaine Blackwood and Alzarri Joseph, which prevented New Zealand from ending the match on day three by overthrowing West Indies twice in one day, was finally broken in the 58th minute during the round, 16. day on sunday.

This partnership was worth 107 stump runs on the third day when 80 year old Blackwood didn’t come out and Joseph was 59 years old. The pair provided one of the few displays of defiance from West Indies batsmen and the only Saturday when the tourists lost 15 goals for 285 runs in 80 overs.

Blackwood, who continued in the late 80’s, went into the second-century Test in a superb attacking innings, playing against a gloomy backdrop for the visitors.

The tourists were 89-6 in their second half when Blackwood was joined in the middle by Joseph, a bowler with the ambition to be recognized as an allrounder. They frustrated New Zealand’s bowlers for the final two hours on day three, bringing West Indies up to 196 without losing any further stumps.

The New Zealand bowlers had dominated the third day, beating their counterparts for 138 in their first half as they countered New Zealand’s statement 519-7. The figure is based on about 251 Williamson, his third double-century test and highest test score.

Williamson followed up and the New Zealand bowlers, still fresh after bowling just 38 over, continued to take control of the West Indies batsmen. They reduced tourists to 30-4 at lunch and 89-6, again maintaining the pressure.

Blackwood and Joseph changed the mood for the day with a stubborn and aggressive stance. When Joseph was out for 86 in the 58th, they had battled for 35.5 overs and added 155 runs.

Joseph crept into his inaugural Test century when he made a full and wide delivery from Kyle Jamieson to substitute midfielder Mitchell Santner on the off side.

Blackwood followed just five balls later, feeding Tim Southee behind Neil Wagner’s run. The half itself ended after just four balls left at 247-9 when Shannon Gabriel was thrown by Wagner. Goalkeeper Shane Dowrich was again unable to hit due to a broken finger.

“We’re not good enough,” said West Indies captain Jason Holder. “Our bowlers try, they pass the bat a few times. But credit to Kane, he played an incredible chapter and made us work hard and work hard to get him out.

“Our shots weren’t good in either half, but I just want to say my appreciation to Jermaine Blackwood and Alzarri Joseph for bringing honor to our punches.”