'My brain works differently': Billy Connolly adapts to his new life with Parkinson's 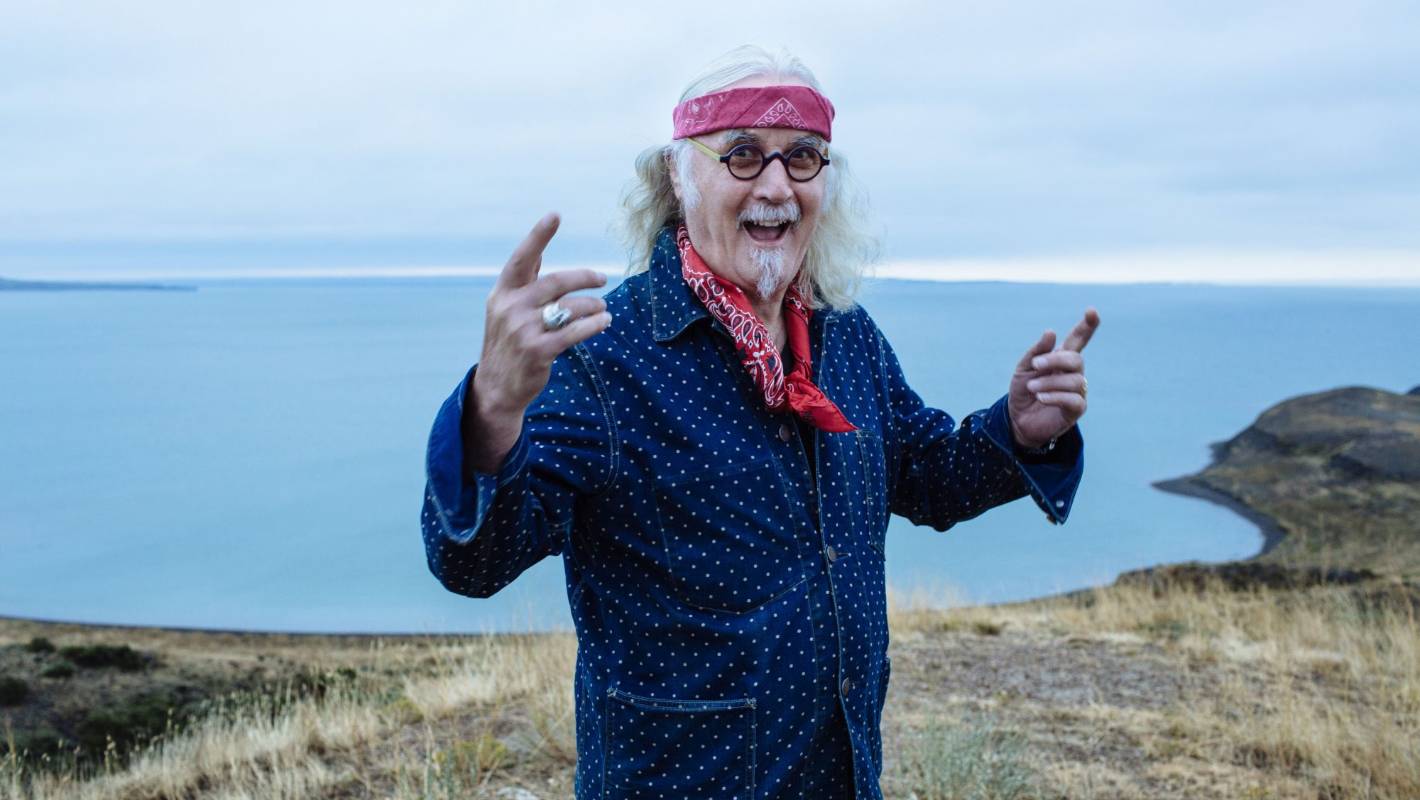 Scottish comedian Billy Connolly announced his retirement from live performance last year, but today, for this audience of one, he is in full flow.

He has recently been in Ireland, he tells me apropos nothing, but with a twinkle in his eyes behind his small black glasses. "We were getting dinner and it was on the menu: 'Potatoes of the Night'."

He announces it in that distinctive inflection of his, as if revealing an Oscar-winner and, in a flash, he is away on one of those surreal flights of fancy that were the pillar of his 50-year stage career as a stand-up .

"What are potatoes of the night?" he wonders, frowning and grinning at the same time. "Is it some farmer with a miner's helmet on picking them? 'Catch of the Day' and 'Potatoes of the Night' on the same menu. How great!"

Sir Billy, as he became in 2017, won our hearts long ago, not just with his banana boots and his banjo, but by refusing ever to obey the rules. So it comes as no surprise that almost every question I ask is a cue for another of his "wee stories".

You couldn't fit a hair's breadth of his still-magnificent mane between the private person sitting in front of me and the superstar who crowds around the globe flocked to see in vast arenas.

Connolly is, though, noticeably frailers physically than in the old TV clips, less sure-footed and content to perform from a chair. Now 76, he was diagnosed with Parkinson's disease in 2013 (on the same day he was told he had prostate cancer, though that, he says, is now sorted), but he sweeps away my invitations to reflect on mortality with his wry observations of the aging process.

"You get slyer as you get older. You just find sneakier ways to get your way. No matter what you want, there's a good way to get it, and there's a sneaky way. The sneaky way always wins. There's nobody looking when you are doing it, and you've achieved it by the time people realize that you've done it. "

I'm already laughing, but I want an example. "In the airport queue, when it is time to board the flight, the queue always bends. Your best bet to get on is the bend. You can sneak in at the bend."

We are meeting in a central London hotel room to talk about his new book, Tall Tales and Wee Stories, a first-ever printed collection of his best stage routines over the decades, in one volume.

"I didn't want to do the book in the first place. I said no to Pamela [Stephenson, the comedian and psychologist, his partner since 1979, his second wife since 1989, and the mother of three of his five children].

"She arranged it, as she does most things. And it's difficult to keep saying no because she is relentless." Mischievous grin. "She'll wake you up to get an answer."

He is giving the lie to old friends who have publicly suggested he is now akin to a figure of pity. Sir Michael Parkinson – on whose chat shows in the mid-1970s Connolly first came to wider public attention – recently said that illness had "dulled" the Big Yin's razorsharp brain. Not on this showing.

And a comeback, he says, is not entirely out of the question. "I've been floating between being retired and maybe doing it again. Perhaps the opportunity will arise, but it hasn't arisen yet, where I'll be asked to do something and I'll do it. I almost did it for the Parkinson's Society in the Albert Hall. I said yes, and then I changed my mind. "

It has something to do with a reticence that feels, if not about the Parkinson's Society itself, then about being defined by the condition.

"I refuse to let it represent me, that I have Parkinson's. I'm a lot of things as well as that. I went to a Parkinson's Society lunch in Florida [where he moved last year for the climate, at the insistence of Stephenson, turning his back on New York, his long-time home, and its winters] and it was all people shaking and f ——- about.

"I thought, God, I'm going to be like that. This isn't healthy. I don't find it healthy to swim in Parkinson's."

Parkinson's is, he says, "the first thing I think about when I wake up. And then you can't get out of bed. You have to get your wife to pull you out. But some mornings, I think about it the second – they're good days, and you always manage to get out of bed yourself [since 2012 he has published four collections of his drawings]. And get about your life better. "

More significant in his indecision about a possible return to live performance, he reflects, it is the fact that, "my brain works differently from what it is used to". Not duller, note, but differently.

It is hard to believe that the man who began entertaining his workmates on their tea breaks at a shipyard on the River Clyde in Glasgow and who went on to sell out major tours after the major tour was ever nervous of performing.

"Oh, ridiculously nervous. I'd ring Cara [his daughter, a Glasgow-based documentary film maker, one of two children from his first marriage, and mother of his grandchildren, who has joined us in the room] and say: 'I can't think of anything, I haven't a funny idea in my head and I'm in half an hour.' It just happens. "

Family, it is clear, is hugely important to him. In a biography of her husband, published in 2001, Stephenson revealed Connolly's traumatic upbringing – abandoned by his mother, raised by resentful aunts, brutalized by his Catholic school, abused by his father, and with only his sister there to protect him.

Those experiences, he has said, caused him to drink too much as a young man, but in 1985, he gave up for good and hasn't looked back. And nowadays, he insists, he doesn't miss the buzz of an audience.

Where he is still busy, though, is in making and fronting TV documentaries, most recently Billy Connolly's Great American Trail on ITV last month. "I've got a great crew of people. I really like working with," he says. "I never do more than one take. I see something and I say, 'Get ready', and we start filming."

Connolly just loves talking to people, he says, off camera and on. "We show people at their best. Never show people because they are funny or weird. Sometimes they do odd things, but you talk to them, and be nice, and ask them why they are doing it. Treat them with dignity and you get the best of out of them. It always works. "

If people in Connolly's documentaries are to be treated with care and humanity, though, he has never held back on subjects that others regard as taboo – such as sex, bodily functions and swearing. "It's made good, worth while humorous to talk about your failings and vulnerabilities. When your users are down, you're vulnerable."

And politics, too, has a regular part of Connolly's routines, as the new book shows. "Less now than I used to," he corrects me, "because I don't live here. I've lived in America for 30 years."

Donald Trump is, he accepts, an easy target, "but everybody is doing it. It is becoming a bore. Everybody has an opinion on Donald Trump and it is becoming soggy. I don't want to bore the audience."

No chance of that, to judge by today's performance.