Latvala "surrendered" to the victory in 2018 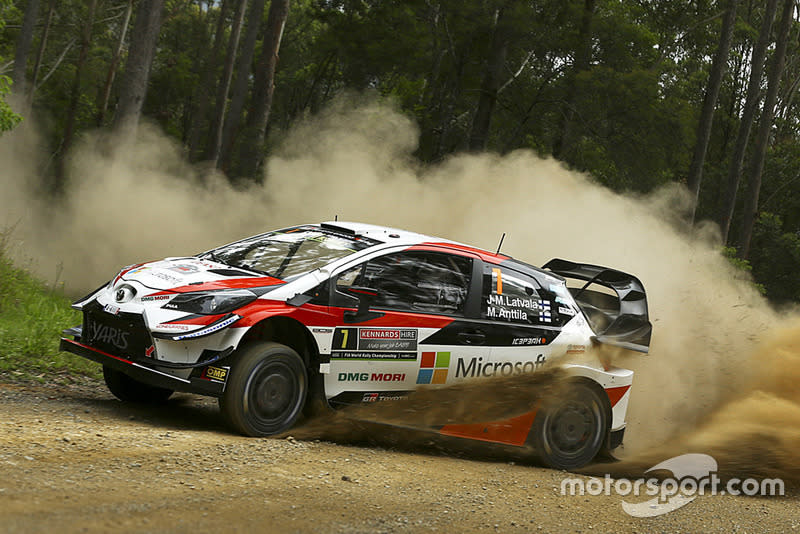 The Finn was expected to play the Toyota team game on the final day of the WRC season, first being told to play as a back shooter to win the Ott Tanak title that led overnight.

Even when Latvala inherited the leadership thanks to Tanak's mistake on this morning's loop, Toyota was expected to exchange the pair to keep Tanak in a title battle.

"I have to say I've given up, I think this will be my first year when I don't win the WRC round," he said.

"We have a good second half of the season and I am very happy with this victory. When you work hard and don't see results it makes you fall and doesn't motivate you.

"This is an important victory, but more important is the manufacturer's championship."

Latvala added that the wet conditions on the stage around Coffs Harbor needed a concentration of "110 percent", as evidenced by a number of drivers – including Neuville and Tanak – struggling to stay on the road.

"What I have in mind is the only target is to get more gaps between me and Hayden – I don't think about winning this event," he explained.

"But the conditions are wet, they benefit me and that gives me a chance to attack. And if you do it well, you can take good time. But that can also be wrong, very wrong.

"I got a good attack early this morning and then I thought I would be a little calm. Then Ott left a little.

"Talk to Tommi [Makinen] at lunch, I said we continued with a controlled ride, no big risk – we needed to take the car to the finish. I focus on the afternoon, but making mistakes is very easy if you don't concentrate 110 percent.

"Some places are a little more slippery than others, they can get you out easily."

The Finn said the concentration was even higher at the Wedding Bells Power Stage, considering he fell from third place in a brief explosion at last year's event.

"I started [Power Stage] and I know I'm out of the hero stage or zero, and I don't want to be zero, "he said.

"Last year I decided to suspend. Okay it didn't affect the championship, but this time we had the chance to get the title.

"I know we can't lose this year. I don't want a sad Christmas, I want a happy one!"