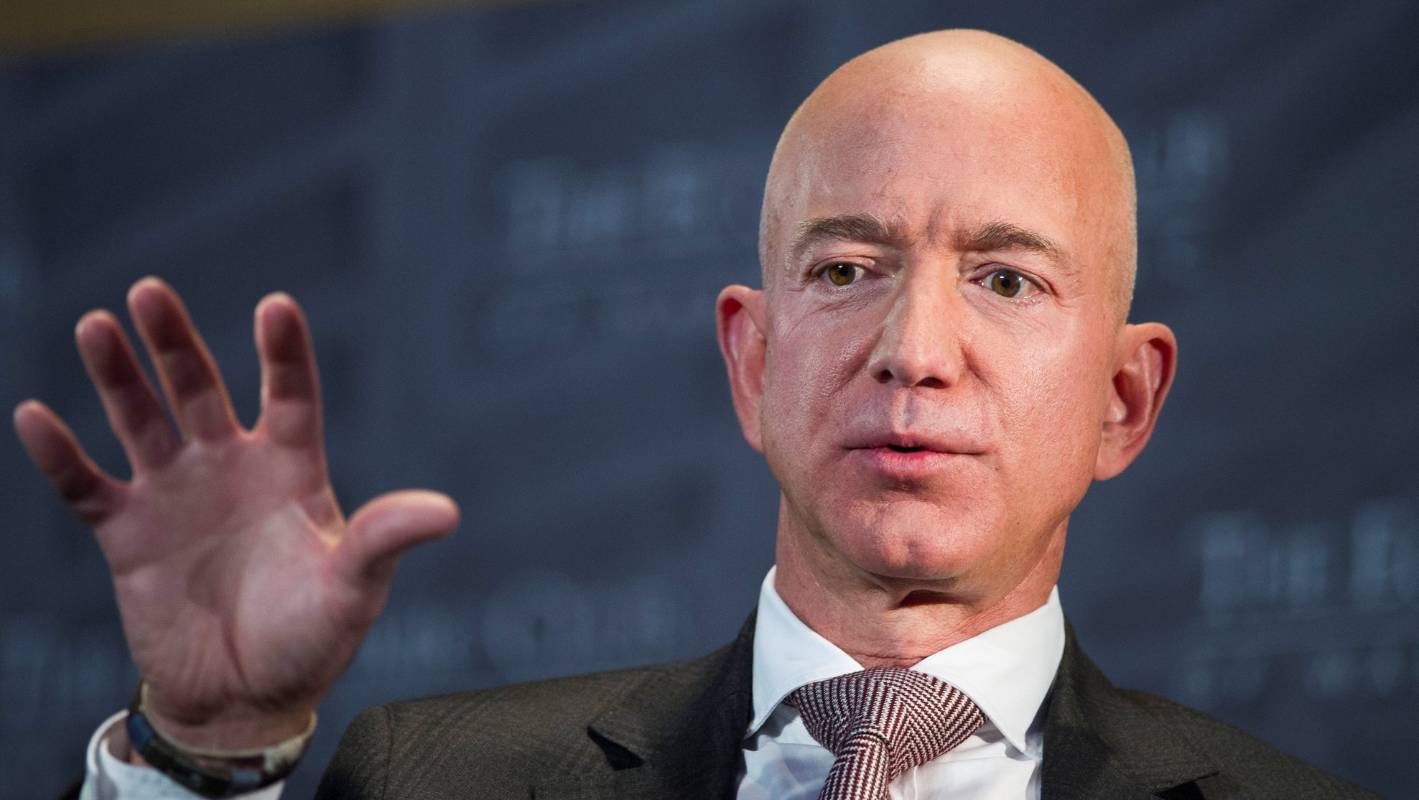 Amazon mogul Jeff Bezos could lose his title as world's richest man to the guy who held it for two dozen years – his Seattle-area neighbor Bill Gates – after the e-commerce giant's lower-than-expected third-quarter results thumped its shares.

That shaved Bezos' net worth by nearly US $ 7 billion, to US $ 103.9 billion, according to the Bloomberg Billionaires Index, bumping him behind the Microsoft founder's $ 105.7 billion. Bloomberg's ranking updates after market closes, so the switch won't be official until trading closes.

Bezos has been the world's wealthiest person since 2017, when his net is worth soared to US $ 160 billion to end Gates's 24-year run in the top slot.

The potential change in Bezos's status is partly tied to his transferring a quarter of his Amazon stake – worth roughly US $ 36 billion – to MacKenzie Bezos under a divorce settlement finalized earlier this year.

The agreement made her one of the 20 richest people in the world.

Granted, these rankings are ultimately a paper chase, as the numbers are sure to fluctuate and likely do not account for all their assets.

Gates could very well have kept a stranglehold on the title were it not for his robust philanthropy: he was given away about a quarter of his net worth over the years, according to Forbes.

Since stepping back from Microsoft in 2014, Gates has dispensed with all but 1 per cent of his shares in the company, according to Forbes. And he's given more than US $ 35 billion to the Bill & Melinda Gates Foundation, which he chairs with his wife, since 1994.

It is the largest private charitable foundation in the world.

Microsoft is the world's most valuable company, with a market capitalization in excess of US $ 1 trillion.

The company's bet on cloud computing, which allows its customers to rent computing power from Microsoft rather than buying their own, has paid off, fuelling a 21 per cent increase in profits this quarter.

But it still lags behind Amazon, which essentially created the market with Amazon Web Services. Microsoft has just been awarded a huge US $ 10 billion cloud computing contract by the Pentagon which will help close the gap.

Amazon's third-quarter earnings disappointed Wall Street on Thursday (Friday New Zealand time) as the retailer's investment in expedited shipping cut into its profits, which is down more than 25 per cent from a year ago at US $ 2.1 billion.

The company's worldwide shipping costs spiked 46 per cent from the previous year to $ 9.6 billion, and Amazon expects to spend US $ 1.5 billion on one-day shipping in the fourth quarter, Chief Financial Officer Brian Olsavsky said in an earnings call.

Before the earnings report, Amazon stock had surged nearly 16 per cent this year. It's currently worth more than US $ 858 billion.