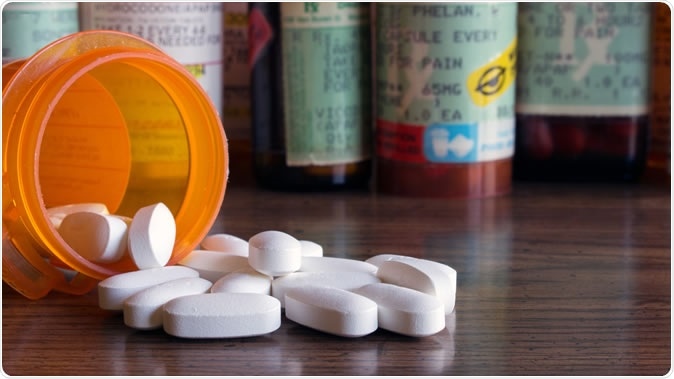 After years and decades in which healthcare providers were freely prescribing opioids for all sorts of painful conditions, the US Centers for Disease Control and Prevention (CDC) published guidelines to help bring down opioid prescription rates and with them, addiction and overdose-related death rates . Though these were not binding, they were urged physicians to be cautious in dealing with opioids when prescribing for pain.

The result was predictable: many doctors and patients, as well as advocacy groups, reacted strongly, claiming that many patients with severe chronic pain had been on opioids for years at high doses, yet had not developed addiction. They also claimed that the guidelines had caused many such patients to go without the pain relief they required. Over 300 doctors also formalized their protests in a letter to the CDC in the first part of 2019.

In clarification, the CDC countered by saying that its guidelines were not meant to force patients or healthcare providers to suddenly stop taking opioids or sharply reduce the dosage, and called upon doctors to understand its stance properly before applying the guidelines. The new guide shows potential sources of harm to patients who are abruptly taken off opioids, and describes factors that must be kept in mind when opioid tapering is considered. The CDC has also included several tapering protocols, to reinforce the message that abruptly stopping opioid use patterns could harm the patient.

Opioid prescriptions in the US

From 2012 onwards, opioid prescriptions have remained at a high of 255 million, reached over a decade of rising rates. In tandem, the number of deaths due to overdose went up and up until 2018, when they showed a slight fall.

However, the 2017 figures showed a reduction in the number of prescriptions, to 197 million prescriptions. The deaths from overdose have changed in qualitative terms over the last decade – more people are dying from heroin and now fentanyl obtained illegally, and less from prescription drugs. Many experts say this proves that denying people the legal opioids they need is fueling the drive to take illegal opioids.

In the tapering guide, the researchers say doctors "should never leave" patients with chronic pain, since this can cause them to suffer acute withdrawal symptoms, increased pain, anxiety and depression, along with suicidal ideas, attempts to harm themselves, and feelings of betrayal by the medical community. Finally, this could lead to patients taking illegal opioids and increasing the risk to themselves.

Instead, it says, the dosage of opioids should be reduced slowly, less than the 5% to 20% reduction per week that is typical today. Tapering these drugs slowly allows patients to adjust and often staves off acute withdrawal symptoms. At the same time it reiterates that the advantages of the drug to the patient must be greater than the potential risks, including drug addiction and overdose – despite the fact that as mentioned already, many patients and their physicians claim that they have been using high- dose opioids for years on end without addiction, and that the drugs allowed them to function much better.

However, the CDC cites many studies that show opioids are not the preferred pain relief medication for long-term pain except in patients with a very few conditions, in support of its guidelines. Otherwise, it says, over-the-counter painkillers like ibuprofen and physical therapy.

While welcoming the CDC clarification, another expert says that states have tightened their hold on opioid prescriptions. In some states, the amount of morphine that can be prescribed for daily use is 90 morphine equivalents or less. The 2016 guidelines affirmed this as a ceiling, but many states and insurance companies have responded by treating this as the maximum permitted dose for all indications except cancer pain. As a result, even patients who were already treated with higher doses suddenly had to scale back, losing management of their pain.

An older cut-back on opioids prescribing happened about 10 years ago in a clinic in Seattle – and the results weren't great, says physician Joseph Merrill. What happened there was that they lost many patients to follow-up, while others went on illicit drugs. Of the 572 patients on long-term opioids, over half had their medication stopped in the cut-back. Unfortunately, 4% of these patients were edited overdose over the next five years, and most of them belonged to those whose opioids had been stopped. The doctor now says he wonders if they lose tolerance for their pain, or found they couldn't control an already existing opioid use disorder. The point he makes is that stopping opioid prescriptions leads to overdosage; rather, he says, by reducing prescription opioids, the death rate did not go down. Now, Merrill says, his clinic uses buprenorphine to taper off patients who show signs of addiction to prescription opioids, to help them get off their cravings.

The CDC's Brett P. Giroir says, with robust common sense, "We need to maintain a balance. It is a false choice to say we could only limit opioid use disorder or addiction or have pain control. "He recommends compassion and sensitivity to reduce opioid use in patients who are on them long-term, in a" patient-centered "way. He reproves the practitioners who mistook the guidelines as mandates and applied them rigidly, instead of focusing on the objectives of the agency, which is to improve patient welfare. Giroir also repeats his conviction that in most cases, "patients can have a reduction in opioids and improve pain control at the same time."

Much more research is required to find out how the current policy on prescribing is affecting patients. The real conflict is between the incentives that unequivocally support dose reduction, whether indicated or not, and physicians' beliefs as to what they need to do for their patients. Among these incentives is the fear of losing their practices if cited by state medical boards or law enforcement agencies because they are prescribing high doses of opioids. One physician, Dr. Stefan Kertesz, notes that tapering opioids works in some cases if done really well. But, he points out, "In reality, we are mostly doing it wrong." In a study published in the Journal of Substance Abuse Treatment, Tami Mark says most patients who were 'tapered' off high doses of opioids were actually just taken off the drugs one day – and approximately 50% of them later ended up in hospital with an event related to opioid use. Instead, she says, doctors should learn how to help patients who may be misusing high doses of prescribed opioids rather than just discontinuing the drugs, since this is just as dangerous. As Merrill says, the current shifts in perspective need to stop, and opioid prescription needs to be put on an evidence-based foundation to ensure patients are treated well.