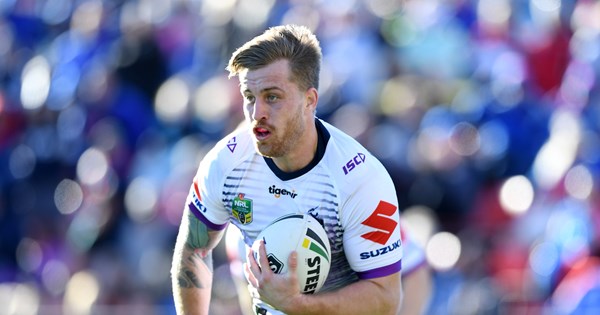 Melbourne Storm has announced the re-signing of Cameron Munster's eight-eight representatives until the end of the 2023 season.

Munster extended his stay in Storm for another five years was a massive coup for the club.

The 24-year-old from Queensland has agreed to reconcile with club officials, ending the prospect of Australia's five-eight on the market for other clubs.

Munster is off contract in 2019 and is in the sights of several NRL rival teams.

The re-signing of the talented playmaker will help Storm when they make the transition to Billy's post-Slater era, a year after Cooper Cronk turned to Roosters.

Now Storm will faithfully wait for captain Cameron Smith to finish the good news for 2019 and announce that he will stay for at least another season. Club officials hope to seal the deal soon.

Storm Coach Craig Bellamy told NRL.com that he had no problems with veterans of 384 NRL matches who wanted to play for another two years.

The prime minister's twice mentor also said Smith would not play at another club.

"He will be here next year. It's just a matter of sorting things out," Bellamy said.