2019 Rugby World Cup: Five reasons the All Blacks lost the semi-final to England 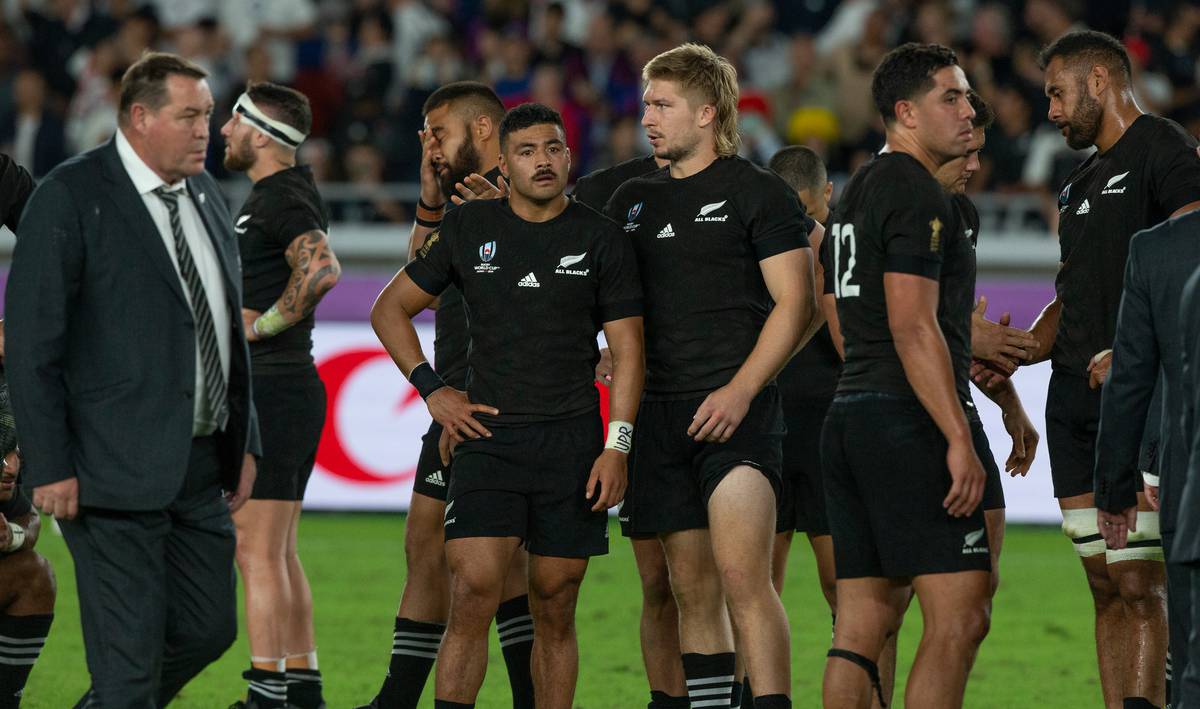 The All Blacks were beaten by England in the semifinals of the Rugby World Cup last night and it wasn't particuarly closed. How did this happen?

Our rugby experts list the five main reasons the All Blacks lost:

As much as it hurts to see the dream of three successive Rugby World Cups killed at the hands of an extraordinary rush defense, the All Blacks can only accept their fate with good grace.

England had their number in Yokohama. They had it everywhere, too. From the brilliant Maro Itoje outplaying Brodie Retallick, to Tom Currie owning the breakdown and the men in white, numbers one to 15 being the more physical.

It was England's day and they deserve their moment in the sun now. They reduced the world's best attacking side to a somewhat disheveled looking, uncertain mis-mash of frantic bad ideas.

They got inside the All Blacks' heads and beat them up mentally. The attack is just never functioned. Not the way it was supposed to. Not the way it was revamped to do and maybe the talk of an attacking revolution was premature – defense still wins World Cups.

In the words of Beauden Barrett 'scoreboard pressure'.

England scored the opening try in the second minute when the prop Manu Tuilagi was dived over.

Even though they didn't add to the lead until just before halftime it meant they were on the front foot early, much like the All Blacks last week against Ireland. It took the All Blacks 57 minutes before they got their first points when Ardie Savea made the most of a poor line out throw.

When asked what went wrong Barrett told Spark Sport: "We can begin with the start of the game. They came out of the blocks pretty strongly and applied some scoreboard pressure early. We both wanted to that, it was pretty obvious going into the the game that starts was pretty important, so we found it really hard to get into it and apply scoreboard pressure. "

3. Scott Barrett is out of position

Steve Hansen had a night to forget, quickly.

Soon after the match, he accepted responsibility for the one tactical change he made to the All Blacks starting side, having pushed Scott Barrett into blindside and benching Sam Cane in order to target England's lineout.

The move did not pay off as expected, with England dominating the line out to the point they snaffled two from the All Blacks throws while their twin opensides Tom Curry and Sam Underhill, together with lock Maro Itoje, killed the breakdown.

"If I turn around and say it backfired Scott is going to feel pretty average so I'm not going to say that," said Hansen. "I'll take that one on the chin. Scotty came out and played the best he could but we did want to win more line out ball, yeah we did. It takes more than one person to do that.

"If we have our time again we might consider doing something different."

Rugby's won in the tight five, or so they say, and England's big men were supreme in Yokohama.

Maro Itoje, who was standout for the Lions in 2017, was the man of the match in a superb performance, outshining the All Blacks maestros in Brodie Retallick and Sam Whitelock.

The England front rowers went to work around the field led by Mako Vunipola who had 16 carries and made seven tackles over his 69 minutes.

Joe Moody had one carry while Nepo Laulala just two. And England hooker Jamie George also did a lot of work around the field.

You could just see at each ruck that England had the numbers and players willing to contest for that ball or at least be a question. For the All Blacks to play their free-flowing attacking play out wide, they needed a good ball and they never got it.

Quite simply, Eddie Jones played a blinder. Pre-match there had been more than a few former England players unhappy about the selection of George Ford at No. 10.

The popular view favored Owen Farrell at first-five where he could have more control, more influence, with Manu Tuilagi running hard off his shoulder.

Jones, though, knew his mind all along and he knew his plan. Ford was so composed and aware and he used the platform, his outstanding pack gave him quite brilliantly.

It was a master class in tactical control, but also selection and planning by a coach who is now going to have the legacy that he deserves.

Whether his pre-game nonsense had any impact, we'll never know. But what can't be denied is that his side played as if they weren't feeling the pressure.

He was right about that – his team acted like they had nothing to lose and their body language, intent, demeanor … it all said they were a team with total belief in who they were and what they were trying to do.

As much as that comes from within, it comes from the environment created by the coach and management.