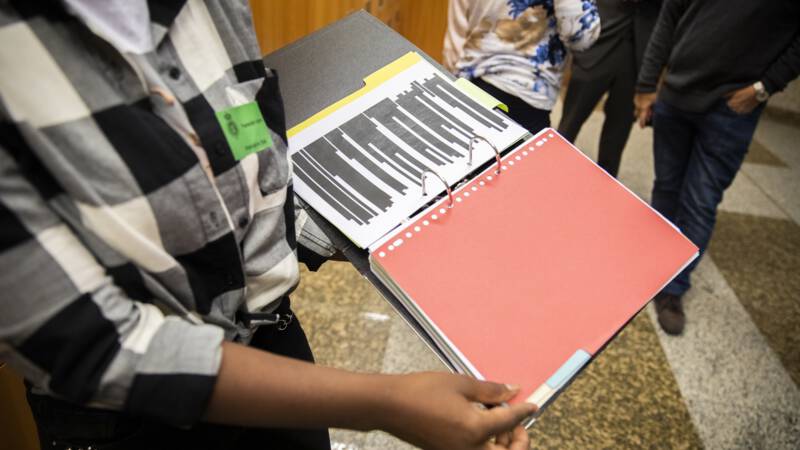 Thousands of parents of child care benefits victims are still waiting for the money. The city government wanted to help these victims, but it was difficult. On Friday, the ministry announced that a solution was being worked out so that the city government could also summon victims themselves early next year. This is necessary, because until now the city government only knows how many people are involved. Not who they are. The problem: privacy rules.

Due to GDPR privacy laws, tax authorities are not allowed to provide victims’ names. “The fact that it took people such a long time to get compensation from the government is really regrettable,” said Peter Heijkoop of the Dutch City Association (VNG). “And this is the most important.” Heijkoop spoke with the Ministry of Finance about this issue on behalf of the city government.

According to CDA Member of Parliament Pieter Omtzigt, one of the drivers of the child care support issue, it is an upside down world, “Victims have been classified as con artists in all systems for years, but now they need help, there are privacy rules.” The Cabinet intended to compensate the parents of 235 million this year, but that didn’t work. 18 million will belong to parents this year, the rest will have to wait until next year.

Reimbursement and compensation are government issues that the city government cannot help with. Therefore, the city government also provides support with practical matters such as debt counseling or debt relief. Therefore, to connect with victims, they seek themselves. For example, the municipality of Hilversum has an elementary school, child care facilities and babysitters called and placed an ad in a door-to-door newspaper hoping to get in touch with 38 victims in the media city. It has generated five responses so far.

So far, twenty casualties have been reported in Arnhem. Before summer, the city had been told that the total number might be 340 people. “We were also able to find some people through debt counseling, but the pace is slow,” said Alderman Martien Louwers.

One of the victims was Miranda Suvaal. Childcare committed fraud with her data and then she had to pay it back to the tax authorities. Altogether, this amounts to more than 10,000 euros, which in practice equates to a repayment of more than 400 euros per month.

Her mother read a plea from the city government in the newspaper. Last Friday he was first sworn in at Rijnstad, a welfare organization that helps victims on behalf of the city government. “The worst thing is that I got the stamp of fraud, while I thought I was doing everything right and only had a job.”

Commitment Verstegen, a social worker in Rijnstad, said that some people no longer dare to apply for childcare allowances: “Even though they are entitled. As a result, they chewed a piece of cake in the meantime.” This is what the city government can help with.

Tamara Hardenbol is one of the victims of an affair at the tax authorities. She mistakenly had to pay thousands of euros in child care benefits, which had a huge impact on her and her family: