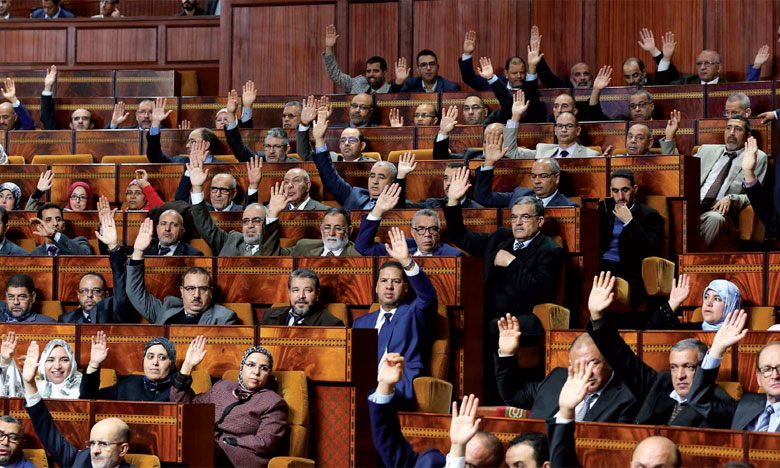 The House of Representatives is adopted by the majority of the Financial Bill 2019 (PLF 2019), at a plenary session held on Friday. This project was approved by 189 parliamentarians and was rejected by 93 other people. Earlier in the day, the first Parliament Building approved the second part of the 2019 PLF with 189 votes up to 92. PLF 2019 expects a growth rate of 3.2%, an inflation rate containing less than 2%. He also plans to ensure the stability of the financial balance through maintaining a deficit of 3.3%.
This project, which was developed in accordance with the High Kingdom Instruction contained in the Throne Speech and King and People's Revolution, was organized around four main axes aimed at prioritizing social policy, especially in the field of education. , health and employment, and to stimulate private investment through the rapid adoption of new investment charter, implementation of reforms in the Regional Investment Center, improvement of the climate of business and business support, especially SMEs.
The third priority is to pursue key institutional and structural reforms, including the completion of judicial reforms, the implementation of advanced regionalization, the acceleration of the implementation of deconcentration administration and the continuation of reform. public administration, while the fourth priority is the preservation of the main macroeconomic balance by continuing to reduce the level of the budget deficit and strict debt management.

PLF 2019 allocates a budget of 68 billion dirhams for the education sector, including 2.1 billion dirhams for the Tayssir program and 4 billion in the form of commitment allocation. In addition, a budget of 28 billion DH is reserved for the health sector, including 7 billion in the form of commitment to the construction and equipment of the University Hospital Center (CHU) Rabat, Tangier, Agadir, Marrakech and Oujda, in addition to creating 4,000 budget items. This project will later be submitted to the Advisory Board for review and approval. In accordance with Article 49 of the Organic Law No. 130.13 concerning the Financial Law, the second room must decide on the design within 22 days after the date of submission.