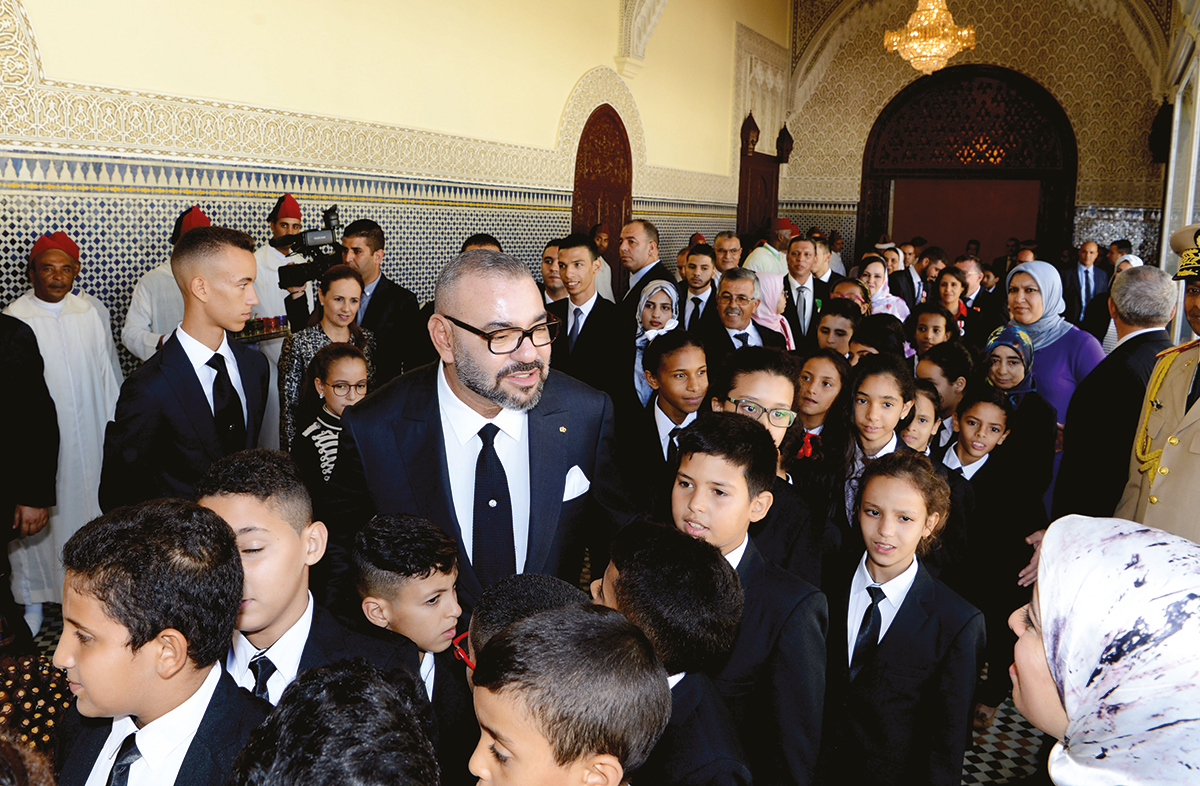 Education, and more specifically education, has become, in fact, a "national priority priority". Indeed, and despite great progress being made, it is a big challenge that still has to be met.

Breakthrough is synonymous with "We can do it"

As for the Ministry of National Education's budget, in a more important budget, represented for 2017/2018, 18.7% (operations and investment) from the general state budget.

We will also mention the degree of success in the baccalaureate, which changes from record to record. For the past ten years, they have not stopped climbing. Less than 45% of candidates graduated in 2008. At present, almost 8 out of 10 are successful, and more than half with awards.

Then there is a new qualitative dimension to higher education that cannot be ignored. The dimension is expressed specifically by the desire to attach schools to national and international economic realities. This is the spirit of the Mohammed VI Polytechnic University (UM6P) major project.

Located in the heart of the future Green City of Mohammed VI in Benguerir, this institution of higher education with an international vocation, is committed to an education system based on the highest standards in teaching and research in important fields for sustainable economic development in Morocco and more broadly in Africa.

Funded by OCP and used on 16 hectares, UM6P is a case study. The targeted research program aims to provide answers to the main challenges and challenges facing the African continent, such as food security, economic development, sustainable industrialization and public policy. By contributing to the training of a new generation of researchers, entrepreneurs and leaders from Morocco and Africa, Mohammed VI Polytechnic University intends to become a true bridge between Morocco, Africa and the world.

Finally, around 12,000 students, guided by 1,000 teachers, are expected. The most feasible, especially students from simple families will also be entitled to this training through a scholarship system.

This new vision has inspired many public and private universities to open up their environments and create new dynamics.

Preschool as a basis for teaching for all

Preschool, a fundamental phase in children's education, has been Sovereign's special concern. Preschoolers who know weaknesses due to weak state efforts. In 2017/2018, the number of preschoolers reached only 699,265 children, with 37.3% in "modern preschool". But it is at this stage that there is a risk of reproduction, or even exacerbating social inequality if radical reform is not carried out.

Also, the latest Royal Guidelines have been most clear to prioritize this stage of the school, and to create favorable conditions for children of the working class to ensure equal access to schools, ensuring de facto equal opportunities for all citizens.

Crossing the mountain of National Education, a big challenge

AToday, education, in the "national priority priority" is the main topic among all Moroccan families.

This is an acknowledgment of an official failure. Reform in this area continues, with weak results. Collective consciousness arises. Educational / teaching issues are considered by the Sovereign as a strategic and priority issue. Thus, in 2018, the inability of vocational training to receive urgent care, thanks to Royale's intervention.

The dominance of political calculations is an obstacle to serious treatment in accordance with the general interests of the nation.

And the opportunity to make the thief, a weak and fragile education system, will primarily serve the interests of fanatics and extremists, who will make "weapons of mass destruction".

The High Council for Education, Training and Scientific Research, under the Royal Directive, has prepared several reports made from relevant diagnoses and recommendations that can inform government policies in the field of education. However, the government often shows shortcomings in this field, imprisonment in marginal issues, which are most related to the integration of foreign languages. However, it is clearly established and officially recognized that education reform is the starting point for all reforms, a paradigm that is equally clear in all Kingdom discourse that has addressed the issue of education.

Morocco faces major challenges ahead of the third decade of the third millennium, the improvement of the national education system.

Appointing it is not a choice, but an obligation, an obligation. The future of many generations depends on it, and there is no doubt that Kingdom pressure will act on all of these responsibilities. '& # 39; Wait and see & # 39; not worth it here, but rather & # 39; just do it & # 39;

Royal pressure that will eventually act faster than expected. Redesign is committed. The Committee on Education, Culture and Communication in the House of Representatives adopted, on Tuesday, July 16, 2019, by the majority, the Draft Framework Act No. 51.17 concerning the education system, which is education, training and scientific research. The law emphasizes the introduction of foreign languages ​​for teaching certain subjects, especially scientific and technical, because it emphasizes the maintenance of free public education.

"Approval of the draft bill is a" historic moment, "said Minister of National Education, Vocational Training, Higher Education and Scientific Research, Said Amzazi, indicating that for the first time the education and training sector in the Kingdom will have its own legal framework, which will be the first step towards real takeoff from Moroccan schools. "