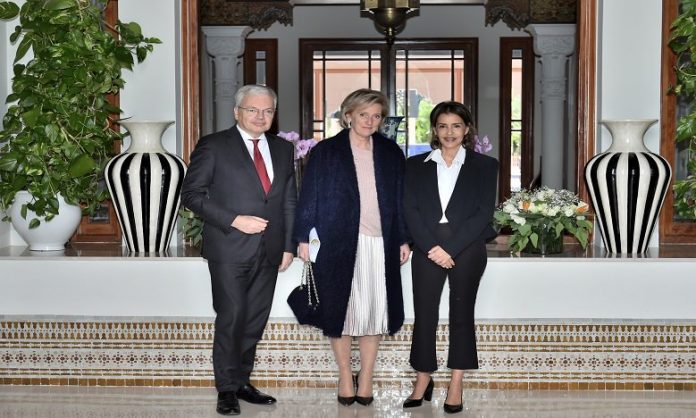 Infomédiaire Morocco – Princess Lalla Meryem presides this Tuesday at the Agdal Host Palace in Rabat, a dinner hosted by King King King Mohammed VI, in honor of Princess Astrid of Belgium, representative of the King of Belgium.

The dinner was attended by Minister of Foreign Affairs and International Cooperation Nasser Bourita, Minister of Economy and Finance Mohamed Benchaaboun, President of the Moroccan General Confederation (CGEM) Salaheddine Mezouar and other members of the government.

Putri Astrid leads a large delegation of federal and regional ministers and entrepreneurs on economic missions to Morocco from April 25 to 30.