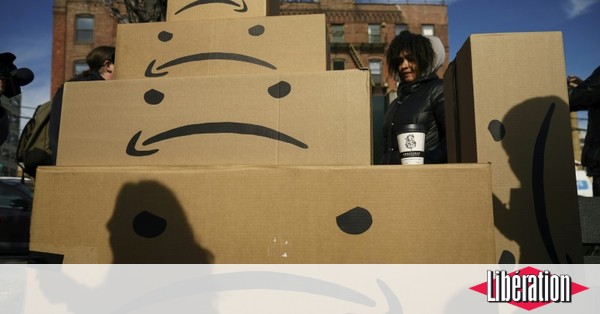 While New York and Washington suburbs enjoy two new Amazon offices, the debate is raging in the United States on the billions of dollars in incentives offered by these communities to attract online business giants.

The Long Island District in New York and Crystal City in Virginia, on the edge of the US capital, were lucky winners of the one-month competition to attract two mega-sites where Amazon promised to create a total of 50,000 jobs, with $ 5 billion in investment (€ 4 , 4 billion).

But this manna did not impress critics, who warned that the amount of state tax and investment incentives ($ 3 billion for New York and $ 2.5 billion for Virginia) could erase the economic benefits brought by the company.

It is common in the United States that groups looking for locations are looking for incentives. According to a report by the Brookings Institution, around $ 90 billion is offered annually for businesses by states and local governments.

Michael Farren, an expert in business relocation at George Mason University in Virginia, believes that this incentive rarely makes a difference in group decisions.

"Corporate offshoring decisions are based on factors that have a deeper impact on company profits, such as the availability of skilled labor," he explained.

He noted that the Amazon could get a greater tax advantage if he crossed the Potomac River to settle in Maryland, north of Washington, where he was offered more than $ 8 billion, or in Newark. near New York, which made $ 7 billion on the table.

Such financial support raises criticism from those who say that Amazon does not need to be a "profitable company".

"One of the richest companies in history should not get taxpayer support while too many New York families are struggling to make ends meet," said Democratic senator in New York. York Kirsten Gillibrand.

On the right too, subsidies given to Amazon moved. "Arrangements such as Amazon or other large groups are pure cronyism. This is shocking!" Wrote the conservative economist Véronique de Rugy in the National Review.

For Mr. Farren, this subsidy distorts the economy. According to him, the city must focus on improving education and infrastructure rather than the manna provided by companies to make housing and work attractive.

But Tom Stringer, from the real estate consulting firm BDO, said that broken-hearted people can't read good writing. According to him, contracts are arranged as "payment programs like and when".

"If Amazon does not provide (promised conditions), it does not enjoy financial benefits. Taxpayers are well protected," he told AFP.

However, the issue of public subsidies has been a major concern, not only about Amazon, but also in the case of Foxconn, a Taiwan-based electronics company, especially Apple's subcontractors, who have pledged to build a factory in Wisconsin.

The Foxconn agreement, announced by President Donald Trump, contains "very unusual" elements, different from those of the Amazon, Stringer said.

Wisconsin Governor Scott Walker, who negotiated an agreement with Foxconn, was not re-elected this month because of concerns over rising costs and a possible decline in jobs created. .

Other large groups began to recognize the problems posed by the tradition of public subsidies.

Walt Disney Co. has sent a letter this year to the city of Anaheim, California, calling for an end to tax breaks on the grounds that they have created a "fierce climate".

But the public must be "hard in negotiations so that both parties benefit from this agreement," concluded Darrell West, head of governance studies at the Brookings Institution.