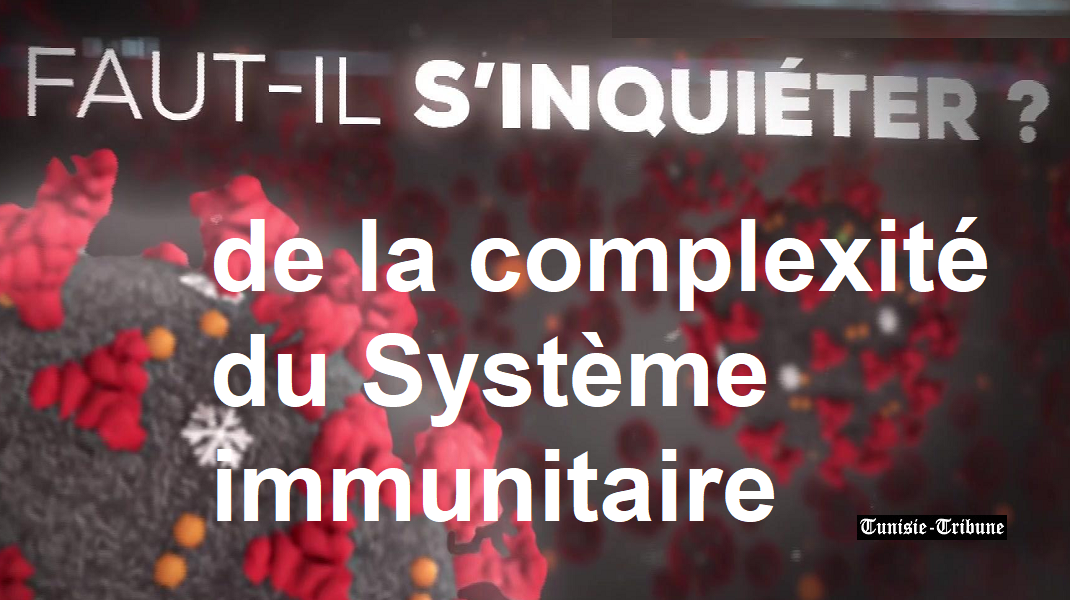 Tunisia-Tribune (immunity) – The question of the duration of immunity to Covid-19 is critical to hoping to better understand the evolution of the pandemic. Low, it will never be possible to achieve collective immunity. Conversely, if this immunity lasts for many years, we can expect the virus to die by itself due to a lack of fighters. Unfortunately, various studies on the subject are contradictory. Because immunity is much more complicated than just the antibody story.

Hardly a day goes by without new studies on duration from’immunity in corona virus. Some are somewhat reassuring, highlighting the levelantibody significant after a few months, others warn the opposite low duration of these antibodies, especially in people who are asymptomatic or who have developed a mild form. Multiple patients didn’t even develop at all ! However, this question is fundamental if we are to take a quick look end of the epidemic : if the duration of immunity is low, so be it waves in a row without end and have to multiply vaccine. Conversely, if it lasts for years, then virus will disappear when enough people are immunized.

Antibodies: only a small part of the immune picture

The majority of research focuses on the antibodies that provide the most direct and rapid response to fighting viruses. Except that immune system much more complex than that and had other means of protecting itself. A large study, still unread and published on server bioRxiv, showing that taking the entire immune response into account, we could be protected against the coronavirus for “years” or even “decades.”

The researchers looked at the four main components of the immune response, namely antibodies, lymphocytes B lymphocytes, as well as CD8 + and CD4 + T lymphocytes. Samples were taken from 189 American patients, aged 19 to 81 years, mostly with symptoms light. Not only did the researchers see a relatively modest decrease in antibodies 6 to 8 months after infection, they also noticed that B cell counts were increasing – an unexpected surprise. The T cells also show only slight and slow decline, which provides hope for long-term persistence. ” This study is the first to track the immune response in detail », Congratulations to the author.

B and T lymphocytes: long-term immunity

These encouraging results are in line with other studies. It has thus been shown that the survivors ofepidemic from Sras from 2003 it still has neutralizing antibodies 17 years later. A other studies from the University of Freiburg (Germany) shows that patients with Covid-19 develops a strong immune response via CD8 + T lymphocytes, which are capable of eliminating agents pathogens even in the absence of antibodies.

In contrast to the humoral response generated by neutralizing antibodies, the immunity provided by B and T cells is not sterilizing, meaning that it does not prevent infection again. But in theory that’s enough to prevent severe form of the disease. This protection would be much more effective, according to the study authors, as SARS-CoV-2 diffuses relatively slowly throughout the body, giving the immune mechanism time to respond. “The coronavirus is stopped fast enough so that you not only have no symptoms, you are not contagious either.”, said Alessandro Sette, a researcher at the Institute of Immunology in La Jolla and co-author of the study.

It is not unreasonable to think that this immune memory lasts for years, even decades.

The advantage of immune cells over antibodies is that they are produced in large numbers and do not decrease too much over the years. “ There was no sign that the memory cells could suddenly collapse. Usually there is a slow decomposition over the years Said Akiko Iwasaki, an immunologist at Yale University and interviewed by New York Time. « It is not unreasonable to think that this component of immune memory lasts for years, even decades. », confirms colleague Deepta Bhattacharya, from the University of Arizona. However, it has not been determined how many antibodies or immune cells are needed to provide adequate protection. These rates themselves can vary widely depending on the individual. The answer to the duration of immunity may never be decided.

Jessica Thivenin (LMvsMonde5) is at its worst and in tears, she literally cracks up in this video