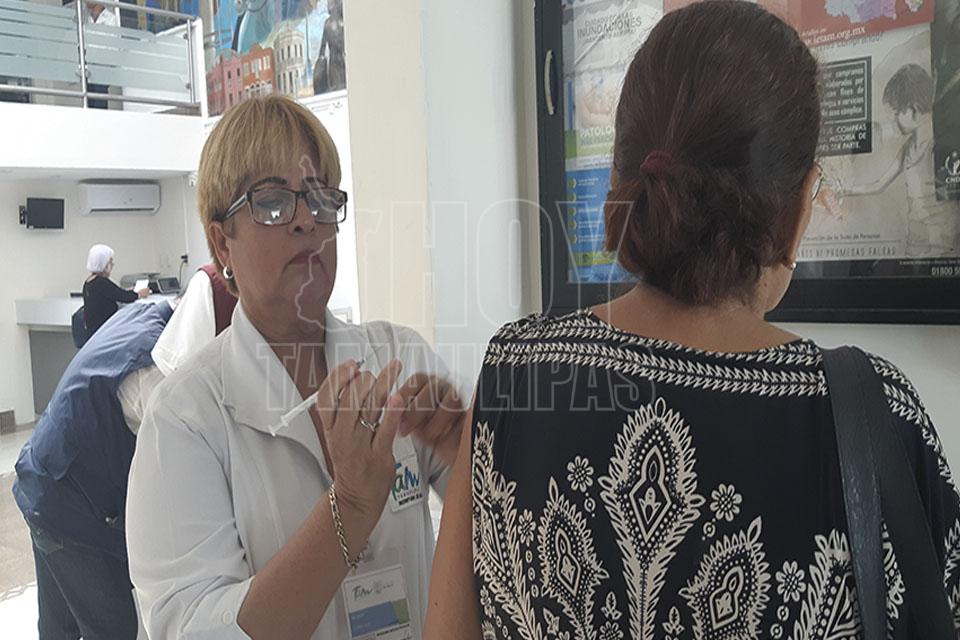 They were detected at the Ciudad Madero Civil Hospital, so residents were asked to apply the vaccine, said the person in charge in the field, Gustavo Pérez Toga

Eight possible cases of influenza were detected at the Ciudad Madero Civil Hospital, where residents were asked to apply the vaccine

Ciudad Madero, Tamaulipas.- Eight possible cases of influenza were detected at the Ciudad Madero Civil Hospital, which is why the population was asked to apply the vaccine, said the person in charge in the field, Gustavo Pérez Toga.

He indicated that they were waiting for the Ministry of Health to issue the results, for tests carried out on patients.

"According to the Ministry of Health guidelines, to protect the population in this winter, influenza doses are being applied, given that we are in the season of respiratory disease," he said.

"Good enough, a very appropriate percentage for the population to be vaccinated." Until a week ago 250 doses were available, the goal was variable but we wanted to cover 95, "he said.

He stressed that it sent "tests and we will confirm Victoria," so he asked residents to be aware of climate change.

To avoid more cases, vaccination posts have been placed, for example in the Madero Presidency.

Let us be your voice!

Do you know or have photos and videos of actions where you have to recognize human quality? In any situation from the possibility of negligence, corruption, and abuse of authority? Send us material WhatsApp from HOY Tamaulipas: (+52) 8341032181