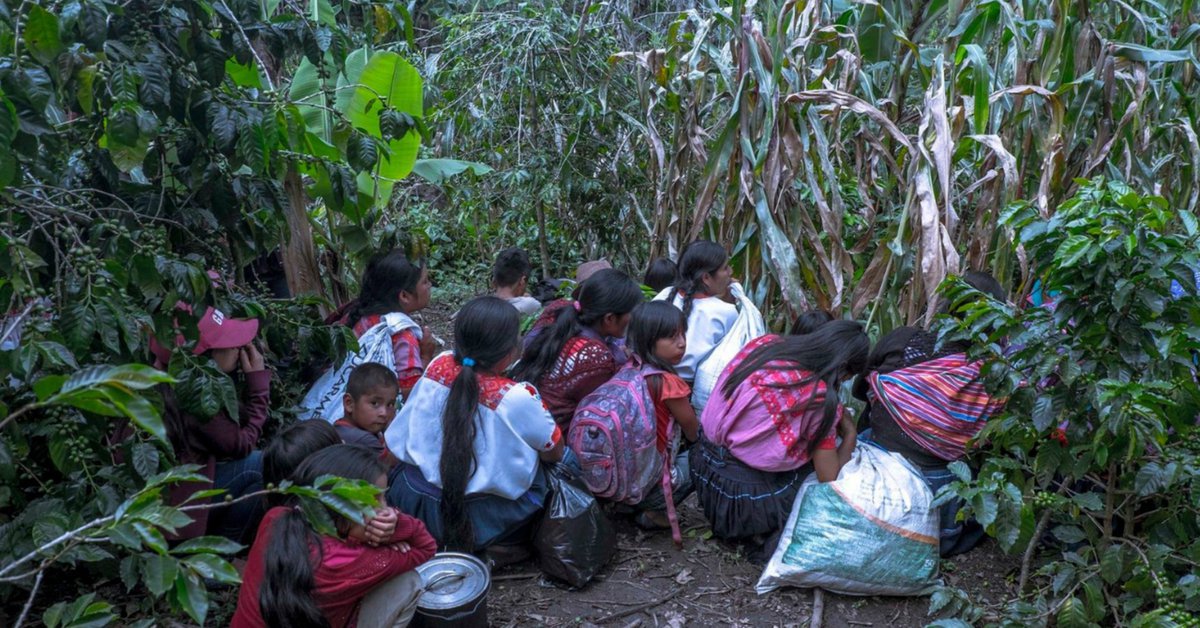 The entity has spoken out against the shooting attacks experienced by humanitarian aid brigades from Cáritas San Cristóbal de Las Casas and from the Trust for the Health of Indigenous Children of Mexico (Fisanim). Both The Inter-American Commission on Human Rightss (IACHR) condemns such events Canadian Embassy in Mexico.

The IACHR reminds the state of Mexico that it is its duty to ensure the life and integrity of indigenous peoples. This is related to the use and enjoyment of their traditional property, and to prevent threats to those rights by adopting concrete measures for their protection.

“That #CIDH calls on the State of Mexico to take urgent action against knowledge of possible risks to the lives and personal integrity of residents of the Tzotzil community, as well as avoiding their displacement and promoting a peaceful solution to the intercommunal conflict, ”they wrote on their Twitter account.

Meanwhile the Canadian embassy spoke in the morning about the attack, and asked that there be no more armed violence in this Chiapas region.

“We condemn this morning’s attack on the Chiapas Highlands, on the humanitarian aid brigade, who was shot while delivering food to displaced families in the Tabak community, Aldama. During the attack, religious María Isabel Hernández Rea was shot. We join the call for a halt to armed attacks in the region and a call for protection of affected communities“, They share it via Facebook.

For its part, The Chiapas Women’s Rights Center has also shown solidarity with the caravan. They called for creating space for reflection, solidarity and action for dissemination “to build spaces for life and organizations where nonviolence, autonomy and dignity are seeds of hope for what is lacking.”

For this part, Isabel Hernández was sent home this Saturday to continue her recovery at home, according to a source from the local diocese who distributed it to the newspapers The Day.

Humanitarian aid was cut off

The Fray Bartolomé de Las Casas (Frayba) Center for Human Rights reported in a statement that the attack took place on the morning of 18 November. At around 12:39 p.m., religious María Isabel Hernández Rea was injured in his right leg.

According to Frayba, an armed paramilitary civilian group from the Santa Martha Sector, Chenalhó was responsible for the attack.

El Frayba received urgent and serious information from the Standing Commission for 115 Communars and Aldama Refugees about the shootings in the Tabak community, starting at 8:34 am, from Tojtik, Telesecundaria and Telemax points, in Chenalho.

“This is a crime, we couldn’t come close to bringing them much-needed foodPeople are in a food emergency situation from bullets every day in this community and all over Aldama. We have to be united and angry so that this situation will stop now, ”said Fisanim’s testimony.

Isabel Hernández, 52-year-old woman shot, member of the congregation of the Dominican Sisters of the Queen of Saint Rosaryor, work together in the Parish of San Andrés Larráinzar and become a member of the Diocese of San Cristóbal de Las Casas.

“His Pastoral work with Indigenous Peoples communities has been characterized by its social and prophetic work, building bridges of dialogue and peace, but also denounces the injustice experienced by the Tzotzil family who were expelled from Aldama, “the statement said.

MORE ABOUT THIS TOPIC

They attacked the humanitarian aid brigade in Chiapas when it was distributing food to the natives; a woman is injured

Hours of terror in the Aldama community, Chiapas, recorded 26 armed attacks allegedly carried out by paramilitaries