Rosmah was accused of receiving RM189m from a businessman 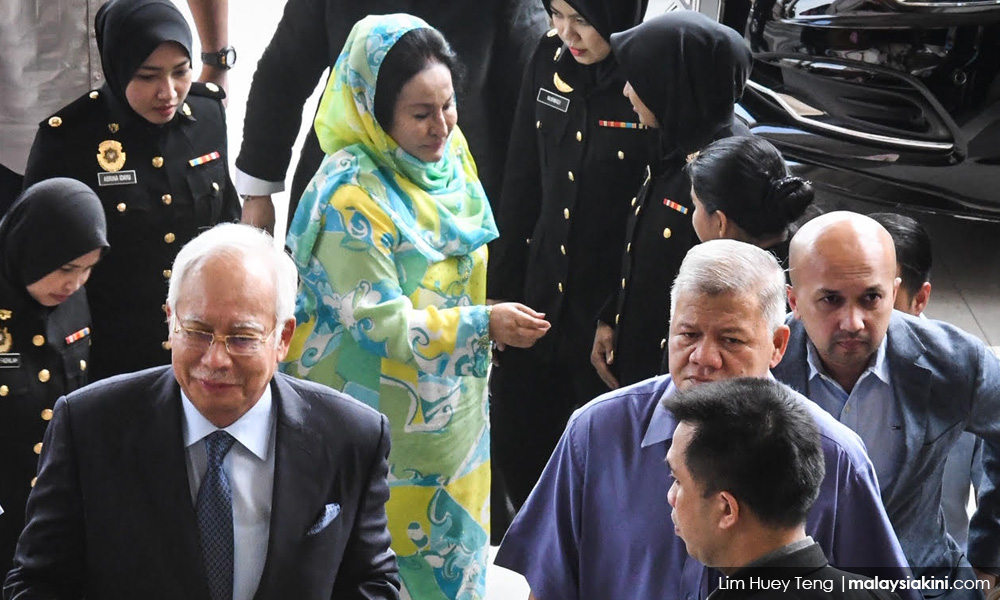 Rosmah and Tengku Adnan, also known as Ku Nan, will be accused of corruption before the Session assesses Azman Ahmad.

2.37pm: In the first indictment, Rosmah was accused of receiving RM187.5 million between March and April 2016.

The amount is 15 percent of the contract from Saidi Abang Samsudin, managing director of Jepak Holdings Sdn Bhd.

It was allegedly intended to help the company secure direct tenders from the Ministry of Education relating to solar panel projects for 369 rural schools in Sarawak worth RM1.25 billion.

In the second indictment, Rosmah was accused of receiving RM1.5 million from Saidi on September 7, 2017, to help Jepak Holdings secure a solar panel project.

Both charges are violations based on paragraph 16 (a) (A) of the MACC Act and can be punished based on section 24 (1) of the same Act.

2.30pm: Putra Najib and Rosmah, Norashman, were also in the palace and sat in the second row of the public gallery.

On Monday, Shahidan, who was Umno Arau MP, had sued the court for allegedly persecuting a 15-year-old girl.

2.11pm: As soon as Najib and Rosmah arrived, Rizal appeared in court with a black Batik shirt and sports sunglasses.

Tengku Adnan's wife and other family members were also present.

The supporters were given seats in the second row of the public gallery.

2.05pm: Accompanied by her husband, Rosmah arrived in blue and yellow clothes baju kurung. Najib smiled at media personnel as the couple headed to court.