Home / malaysia / No Better Care of Women With ACS

No Better Care of Women With ACS 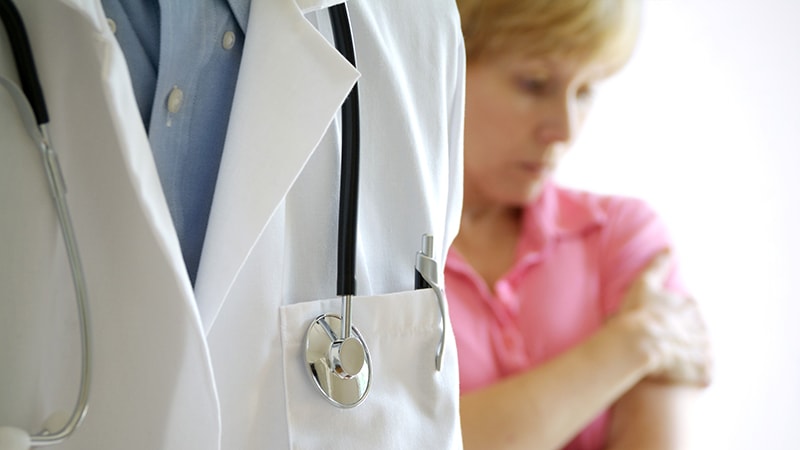 Use of sex-specific thresholds for high-sensitivity cardiac troponin I (hs-cTnI) in patients with suspected acute coronary syndrome identified five times more women than men with myocardial injury, but did not lead to better treatment or outcomes in women, according to a new High-STEACS analysis.

Women were half as likely to receive treatment for acute coronary syndrome as men, although rates of diagnostic, therapeutic, and preventive interventions increased between both sexes following implementation of the sex-specific thresholds. This disparity is persisted in analyzing restricted to those with adjudicated type 1 myocardial infarction (MI) and among both younger and older women.

In addition, their outcomes were not improved. Both men and women identified by the new assay were at risk of cardiovascular events at 1 year, with 1 in 8 having a recurrent MI or cardiovascular death, the authors reported today in the Journal of the American College of Cardiology.

"We need to continue to educate clinicians about the importance of high-sensitivity troponin as a diagnostic test and to continue to promote the investigation of coronary artery disease, particularly in women, to try and close the gap between men and women," senior author Nicholas Mills, MD, PhD, University of Edinburgh, Scotland, told theheart.org | Medscape Cardiology.

In an accompanying editorial, Allan S. Jaffe, MD, and Sharonne N. Hayes, MD, both with the Mayo Clinic in Rochester, Minnesota, write: "It is clear from this study that simply improving diagnostic accuracy cannot remedy deeply embedded gender disparities in attitudes, practices, and outcomes. Simply put, if one does not act on the data, no diagnostic tests will ever have additional worth. "

Neither the editorialists nor Mills were surprised by the null effect on outcomes. "When I first learned about cardiac troponin, I thought that it would have quite a dramatic impact on patient outcomes," Mills said. "But as we got used to using the test in clinical practice, it is clear that we identify a much broader group of patients with more complex underlying cardiac disease and comorbid conditions and that the treatment can be challenging. So it is perhaps not surprising that we didn't improve outcomes. "

In the main High-STEACS analysis, use of the hs-cTnI assay with a sex-specific 99th-percentile diagnostic threshold of 34 ng / L for men and 16 ng / L for women reclassified 1 in 6 patients with myocardial injury who were not identified on a standard troponin test. However, only one third of these patients had a diagnosis of type 1 MI and there was no benefit in terms of the primary endpoint of MI or CV death at 1 year.

In the new prespecified analysis stratified by sex, outcomes appeared better among men in the implementation phase of the study, although this was of borderline significance in the adjusted analysis, Mills noted.

Troponin was thought to be a sex-independent diagnostic test when it was first introduced in clinical practice in the 1990s, but it has been consistently shown across 30 studies and a recent meta-analysis that the 99th-percentile upper-reference-limit values ​​are twice as high in men as they are in women, Mills explained.

Although more women had non-ischemic myocardial injury, even those with adjudicated type 1 MI were less likely than men to undergo coronary angiography (53% vs 73%) and coronary revascularization (35% vs 57%) and to receive prescriptions for secondary prevention , such as dual-antiplatelet therapy (54% vs 67%), statins (31% vs 41%), and beta-blockers (33% vs 42%; P. <.001 for all).

"We have to remember that cardiac troponin is just one aspect of the clinical diagnosis of myocardial infarction," Mills said. "While it's an important component, there are others. One way or the other, I don't think we have convinced clinicians across the world that low, small rises in high-sensitive cardiac troponin are important and should lead to the same investigation and treatment, as those patients with more substantial infarcts. "

At baseline, women in the study with myocardial injury were older than men (75 vs 68 years), but had similar cardiovascular risk factors, preexisting medications, and mortality risk on the GRACE score (mean, 147). The frequencies of chest pain at presentation (66% vs 74%) and electrocardiographic changes (27% vs 36%) were lower but not significantly different.

Jaffe and Hayes noted that many prior studies using hs-cardiac troponin T (hs-cTnT) have failed to find substantial benefits of sex-specific cutoffs and that the 5-fold reclassification rate in High-STEACS is higher than most. Possible explanations are that hs-cTnT studies may have included fewer elderly patients and women and hs-cTnT cutoff values ​​for men and women are different (10 and 15 ng / L). Also, Abbott's hs-cTnI assay may be more sensitive and hs-cTnI was sampled 6 or 12 hours after symptom onset rather than at 1- or 2-hour intervals as used in most hs-cTnT studies.

"Women have consistently been observed to present later after the onset of acute MI symptoms and to experience further delays once arriving to the emergency department, including longer triage and door-to-balloon times," the editorialists say. "The consequences of these observations may well be that women are more apt to be in the downslope of the time concentration curve, where they don't show a rapid change in pattern. Unless one is a patient, one may miss this change and decide that the increases are chronic and stable. "

The editorialists urge caution in extrapolating between European and American studies because of differences in diagnostic criteria, but also suggest it may be even more important in the United States to "do a history, [a] physical, and any indicated testing to determine the etiology of the high-sensitivity cardiac troponin elevation to guide therapy. "

Mills said clinicians are still learning how to best use hs-troponin and that the recent HiSTORIC study was a further step forward. The investigators are currently designing a program of studies to explore patient and clinician factors that lead to disparities between the sexes in the investigation and treatment of suspected MI.

"We also wish to explore the mechanisms that determine differences in cardiac troponin concentrations between men and women," he said. "I think if we can explain to clinicians why women have lower cardiac troponin concentrations, they are much more likely to consider small elevations in women to be important, and to embrace the ideas of using sex-specific cut points for myocardial infarction."