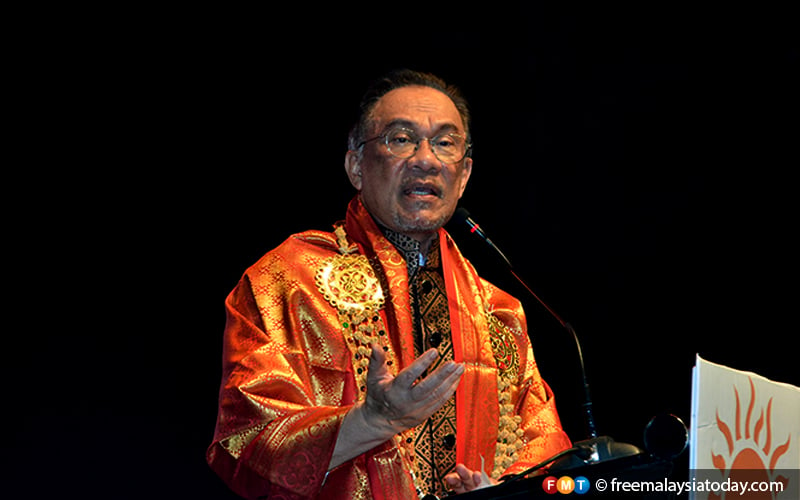 KUALA LUMPUR: PKR President Anwar Ibrahim said he hoped some individuals detained under the 2012 Security Violation Act (Special Act) for alleged links to the Liberation Tigers of Tamil Eelam (LTTE) would be released to celebrate Deepavali with their families.

"I know that lately there have been problems with friends being arrested. I hope everyone understands that when it comes to crime, the police must handle it and we must give them space, "he said at the close of the Deepavali 2019 Carnival in Bukit Jalil tonight.

"But for PH, and for me at PKR, we always question the provisions in Sosma.

"If a case is found against them, then they must be indicted in court. If not, leave them free to join their families as soon as possible.

"So, I hope some of those arrested will be released to celebrate Deepavali."

Anwar's call came just hours after Police Inspector General Abdul Hamid Bador said the families of the 12 men would be allowed to meet them for Deepavali at their detention center.

"The police will allow close family members to see the prisoners for Deepavali. They can do it by coming to the detention center where the detainees are currently detained, "he told reporters after Friday prayers at the Bukit Aman Mosque here.