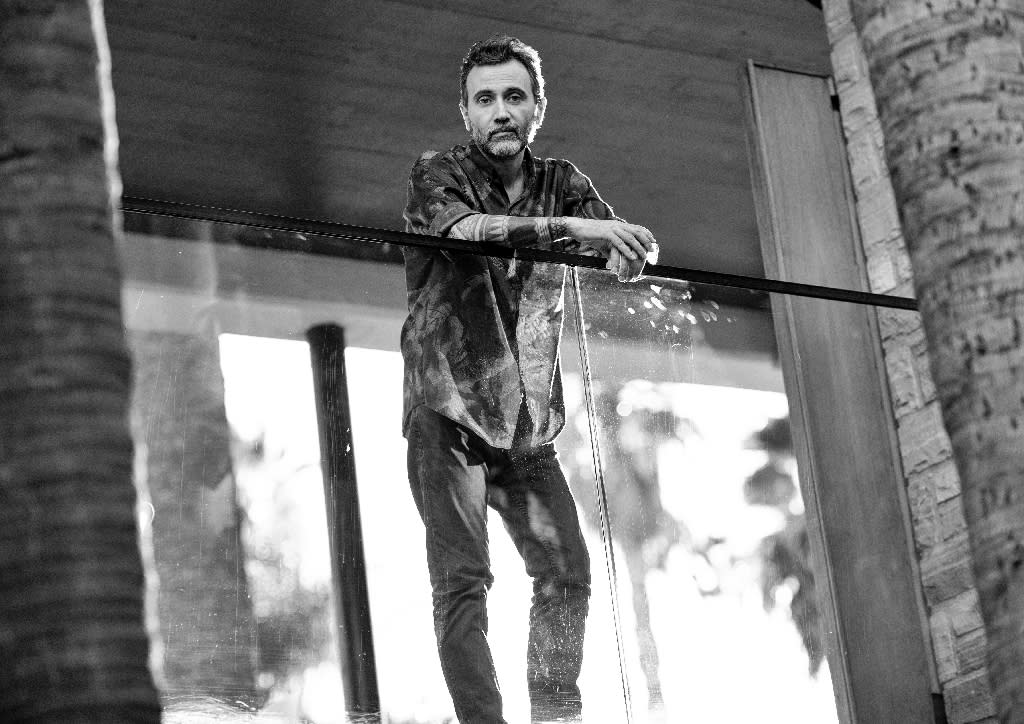 Los Angeles (AFP) – A group of children giggle as they play in a dusty and barren landscape near their homes in northern Syria, but this is not an ordinary catching game, because their balls are live bombs.

The horrific game of chicken is one of the bloodiest scenes in "Of Fathers and Sons," filmmaker Talal Derki, which disrupts new exposures about the grip of Islamism in his home country, Syria.

"This is a scene that broke my heart," Derki told AFP in an interview in Los Angeles this week, recalling a cold-blooded episode.

"I saw my six-year-old boy through the lens."

For more than two years, famous filmmakers lived with Islamist families in the war-torn region bordering Turkey, focusing their cameras especially on children to capture their gradual radicalization.

The result is a bleak and horrendous 98 minute documentary that gives viewers a rare insight into the daily brutal lives of jihadists, who in recent years have spread fear throughout the world.

"I call it a nightmare," said the 41-year-old filmmaker, referring to the spread of the jihadist movement.

The film, released in the United States on Thursday, won the world cinema documentary competition at the Sundance Film Festival earlier this year.

Derki's previous documentary, "Return to Homs," won a grand jury prize at Sundance in the same category in 2014.

"Of Father and Sons" tracks Abu Osama, one of the founders of Al-Nusra, an Al-Qaeda affiliated group, when he led two of his eight sons – Osama, 13, named after the personal hero of Osama bin Laden's father, and Ayman, 12 , named after the current Al-Qaeda leader Ayman al-Zawahiri – down the road to jihad.

Berlin-based Derki said he gained the trust of Abu Osama disguised as a war photographer who sympathized with the causes of jihadists and lived with his family for two and a half years, sharing their most intimate moments.

– Innocent youth to the jihadists –

Horror in the film does not come from violence and blood and blood, Derki said. Instead, viewers were disgusted when the documentary described the brutal transformation of children from innocent youth into jihadist fighters.

"This is a film that makes you understand how the brain functions," Derki said. "You have horror in language, in education, in one moment."

He said he was still haunted by several scenes in his film, especially those with children playing with emergency bombs.

In another scene, one of the children proudly offered to Abu Osama – which means the father of Osama in Arabic – about killing a small bird.

"We bow our heads and cut them, like how you do it, father, to that man," said the boy.

The deserted landscape that was bombed was called the family and the fact that family women were never shown or even sounded a sense of despair throughout the film.

"Women are the biggest victims in this society," Derki said. "I was there for two and a half years and I did not even know what the mothers of these children looked like.

"His name is not spoken and his voice is never heard."

Derki said that while his first documentary, "Return to Homs," traced the evolution of the Syrian uprising and the brutal crackdown of the regime, "Of Fathers and Sons" was the next clear chapter in his efforts to explain the country's slide into chaos.

"We have to use our weapons – which are cinemas – to show what really happened there, who these people are, how they brainwash people," he said.

"We have to think before we bomb any area, before we let a dictator kill his own people with heavy weapons," he added.

Derki said "Of Fathers and Sons" had a deep psychological impact on him that he had put the camera for now because he was concentrating on healing.

"I'm still in recovery," he said. "I have to take medicine to fall asleep, otherwise I have a bad dream."

He added that after the last photo shoot he got his right arm tattooed and his ear pierced to make sure he would not be tempted to try and instill jihadists in the future.

"If you have tattoos or piercings, you can't be with them," he said. "So this is how I make sure I don't return."