The drunken driver was shocked: only two glasses of wine and over 2 promiles inflated 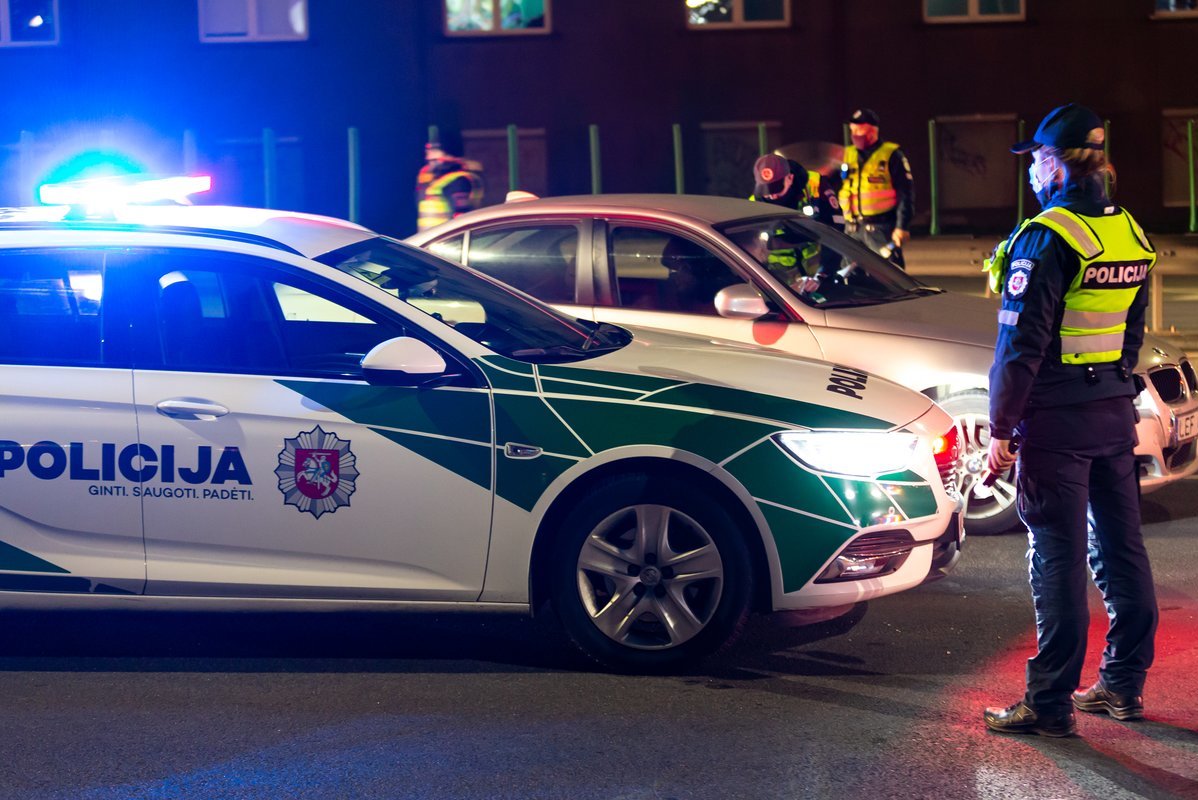 The court that handed down the verdict against Natalia M. agreed to release the defendant from criminal responsibility on bail. Even though the perpetrator asked not to revoke the driver’s license, the court ruled that he would not be able to get behind the wheel for more than a year.

The woman does not deny her hangover, but assures her that she is in a hurry to help her troubled colleague at work. Previously, he and his neighbors admitted to drinking only two glasses of wine, so there was no way he could understand how 2.15 per mille of alcohol was found in his blood.

Stop on the way

The police officer who stopped the woman-driven Peugeot couldn’t detect her intoxication during the check because she couldn’t get enough air into the alcohol meter, so she was taken to the Republican Addiction Center.

After a blood sample was drawn, his blood alcohol level was 2.15 per mile. Criminal responsibility was given for such drunkenness in Lithuania.

The woman pleaded guilty in court. She said she had a day off that night, a neighbor came to her and brought wine. Since he wasn’t going anywhere, he drank two glasses.

He had been on a diet for the previous three days, and had taken antibiotics before, but started working. From work, he was summoned by a colleague who couldn’t add more shifts because the computer crashed, asking for help.

He tries to explain to his coworkers on the phone what to do, but he doesn’t understand. Since he didn’t feel dizzy (otherwise he would take a taxi), he felt normal, so he sat in the car and went to work, tidying things up there.

In court, the woman remembered that while moving on Savanorių Ave. He was followed by another car whose driver refused to leave, even though there was a free lane. He was immediately stopped by police officers at the Volunteer Ring.

Officials explained that he had been called that he was driving drunk. She failed to inflate the breathalyzer, so she suggested drawing her own blood. The police officer gave him popcorn three times, not wanting him to go get some blood, then he raised his voice.

He was told to go to the bar, jump, he did everything the officials said. After that I went for a blood test and was very surprised that more than 2 per mile was found. According to the woman, considering her weight and height, it was a “cosmic” state.

He explained to police officers that this was unlikely to happen, but that it was increasing by about 3 per mile at the police station. The woman agreed to the prescribed amount of alcohol, only unable to explain why she got it that way. He thought he didn’t get drunk much.

However, the woman criticized his behavior. He said he had drawn conclusions, understanding that it was impossible to get behind the wheel even after a little drink, no matter what driving experience. This, according to the woman Vilnius, ruins her job and family, and brings shame.

After this incident, he had difficulty going to work (15 km distance, working shifts, not using public transport in the morning and evening) and daily family life. Without a driver’s license, he might lose his job, which is his only means of making a living.

Courts can form a slightly different picture after hearing police officers testify at trial. A police officer said a Peugeot and his partner had stopped the car after receiving a message that the driver might be drunk.

According to the officer, there was a strong smell of alcohol from the cabin of the car, and this smell was also felt when interacting with the driver. The lady says she doesn’t drink alcohol, says she will go away from her job.

He didn’t mind being offered a breath test. But the woman, even several times, was unable to exhale enough air, still failed, so she was offered to go to the Republican Addiction Disease Center. The driver didn’t mind.

According to the official, when he went to the center, the driver shouted a lot, behaved inappropriately, refused to blow into the breathing apparatus, and agreed to donate blood. Leaving the middle, the driver doesn’t want to get into the official car, screaming not going anywhere. He explained that he was temporarily detained and suspected of a crime and therefore asked to drive.

Interestingly, when the driver was brought to the commissariat, his consciousness was again checked. The first stroke is 3.24 per mile and the second 2.85 per mille. Although the driver did not consume alcoholic drinks from the time the car was stopped until it was handed over to the commissariat.

You won’t be able to drive

After examining and evaluating the evidence gathered in the case, the court found that it was fully proven that the inhabitants of Vilnius had committed a criminal offense against him.

However, it was decided to release him from criminal responsibility on bail by transferring him to his aunt’s responsibility for a period of one and a half years.

The driver has been banned for years and 4 months from driving the vehicle. He was also required to pay a fine of EUR 400.

The offender has been clarified that if he or she commits a new criminal offense or a breach of negligence during bail, the court can overturn the decision to acquit and criminalize the person for all acts committed.

Improved error logging not through calls but through applications

Trade union wars: what the real mood of teachers is about distance education