To punish those responsible for the flood of wastewater in Beirut 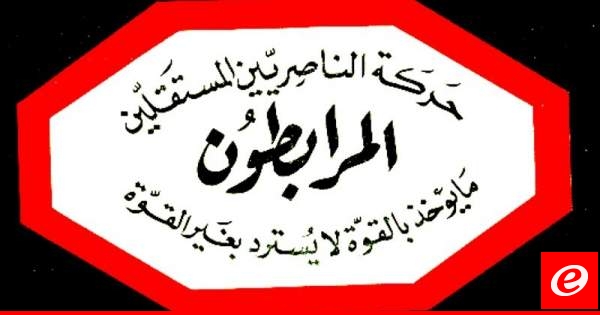 The Beirut Governing Council in the Mourabitoun movement said that the many words, slogans and long speeches describing what happened on the streets of Beirut from the flood of sewage in the sewers would not lead to real treatment of the fall of this terrible official, both at the Ministry of Employment or in the municipality of Beirut, and the exchange of allegations among themselves lost responsibility and thus escaped accountability.

The Beirut Board of Governors in Marabitoun called on all our people in Beirut and their forces to intensify serious meetings in preparation to adopt legal measures and popular movements to reach seats to punish those responsible. Are they in the main ditch or secondary sewer. "

Beirut's Board of Governors in Almoravids to our people in the capital and surrounding areas to always stand and always with our national army and our security services from internal security forces and state security and public security and not be dragged into the dangerous and terrible campaigns that emerged yesterday on social networking sites, despite the right of citizens to access their workplaces and their business issues without having to be trapped in their cars for hours as a result of errors relating to mismanagement of time and facilitating walking during military parade trials on the opportunity for independence and we believe that the leadership of the army, and they have the ability to correct the mistakes that have been made, with the guarantee that this national army and will remain immune to the security of the Lebanese nation and guarantee stability for all our citizens of Lebanon.