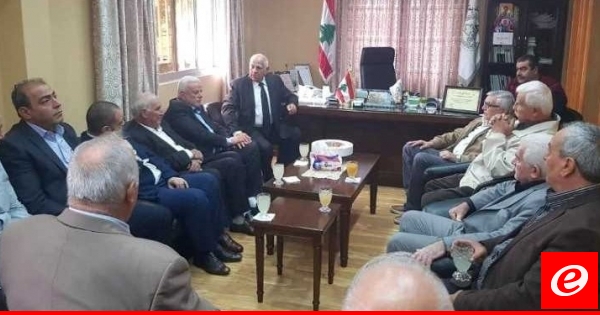 A delegation from the head of the Fatah movement in Lebanon led by his Lebanese secretary, Fathi Abu al-Urdat, visited the cities of Miyya and Mieh during a visit to the city east of Sidon since the recent clashes between the Palestinian National Security Forces and Fatah. and "Ansar Allah" led by Jamal Suleiman on the other side of the Mieh and Mieh camp next to the city.

The Palestinian delegation met with the mayor of Mieh city and Mia Raafat Busabah and a number of city council members and city activities.

The security situation in Mieh and Mieh camp was discussed in the light of recent clashes. Visitors came at the central level of the Fatah movement in Lebanon to Mieh and Mieh cities in order to moisten the atmosphere and to fill the impact and tail of the recent clashes and their impact on citizens city ​​after a number of homes. In the city and property for material damage.