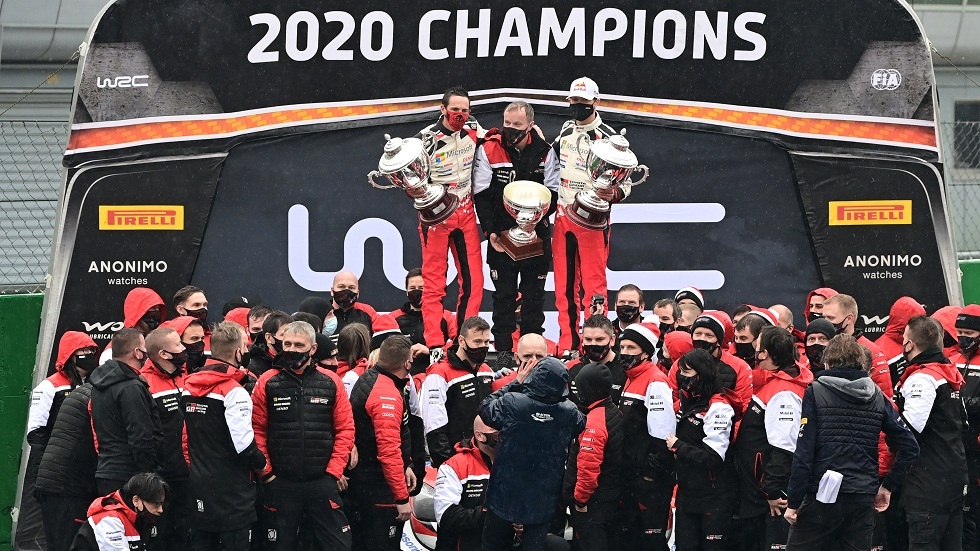 French racer Sebastian Augier crowned Toyota’s seventh title at the World Rally Championship, after winning the Italian Monza Rally on Sunday, picking up his forty-ninth win of his career.

“I’m very happy, but I’m not going to speak up, because there are a lot of people suffering this year, so I want to stay in shape,” said 36-year-old Augier after winning after a season that saw nearly half the races canceled due to the emerging coronavirus pandemic. .

It is noteworthy that another Frenchman, Sebastian Loeb, holds the record for the number of times he won the World Championship, nine times between 2004 and 2012.