Nissan is considering selling its automobile factory in Europe 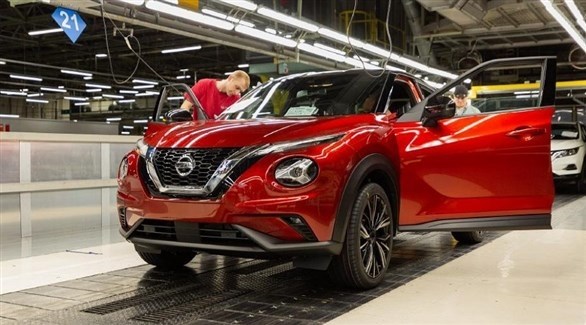 TOKYO (Reuters) – Japanese carmaker Nissan Motor is considering the future of its European manufacturers as sales fall in the European market and the global automotive industry switches to electric cars, sources familiar with the matter said on Thursday.

"Nissan, which announced in March its intention to stop selling Infiniti luxury vehicles in Western Europe, is currently considering initial offers from potential buyers to manufacturers in the UK and Spain, and the company can sell one or both," the Bloomberg news agency quoted the source as saying. . Minimizing European market share. "

"Although there is no final decision on the fate of the two manufacturers, they are likely to be sold to Chinese car manufacturers," the source said.

This happened when Nissan tried to reduce its expenses in connection with the decline in profits since the departure of former Chairman Carlos Ghosn, who was arrested in Japan on charges of financial irregularities last year, and the company did not make much profit in the first half of this year, further Pressure on the company's new CEO Makoto Uchida who will fight several battles to restore the stability of the company and restore strained relations with French allies Renault.

"The company currently has no plans to sell its factories in Europe," a Nissan spokesman said.

In July, Nissan announced it would cut around 12,500 jobs worldwide to focus on the Japanese market and the Chinese and US markets as its most important market.

Nissan's share of the European car market fell at the end of September to 2.5% as sales slumped on the back of increasing pressure on European car makers because of the stringent environmental standards that came into force in the European Union since September. 2018, to reduce pollution.