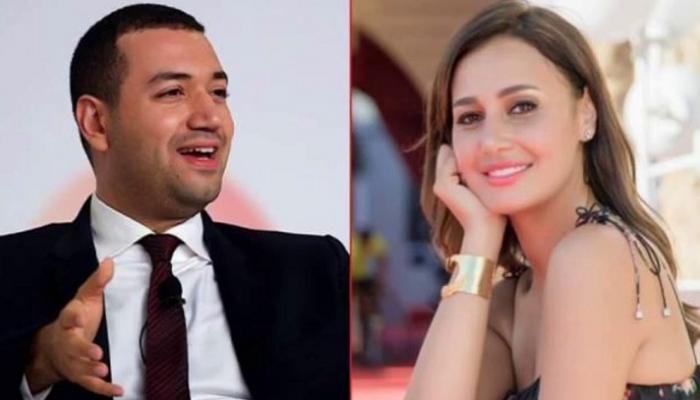 This came after the Egyptian actress obtained the legal divorce from her Canadian husband, Youssef Harrison, on 4 October.

Egyptian actress Hana Shiha admitted that there was a love story between her sister Hala and Moez Masoud, in the first clear official acknowledgment of a member of the Hala family, after much news of Hala’s emotional relationship with Moez broke.

He added in his statement to the press about the news of their marriage: “She is still not married, but they are on their way.”

He added that his sister continued during this period to prepare for the wedding ceremony, which would be a family celebration.

She added that Hala and Moez put them together a love story based on understanding and kindness, and that she took care of him and her children, which her sister accepted.

Regarding the specific wedding date, Shiha confirmed that her sister Hala wants to be the first bride in 2021 in the artistic community, which is currently being planned.

It was reported that Hala was married with 4 children, and lived briefly with her ex-husband in Canada, before she decided to separate and travel to Cairo, took off the veil, then the veil, and returned to acting after years of retirement, and Moez Masoud’s last marriage was from young artist Sherry Adel, and the breakup between them over a year ago.

Masoud married Sherry Adel in 2018, after a brief love affair that brought them together during the filming of Masoud’s series “Rogue Arrows,” and news of her marriage was accompanied by a wave of controversy over the different nature of their work.

After getting married, Sherry was absent from the art world, and many expected her to announce her retirement, but she wanted to prove to everyone that she was happy and that her marriage decision was right.

Sherry Adel separated from Moez Masoud, less than a year after their marriage.