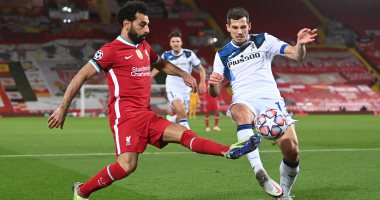 The European Champions League returns with an exciting match on Tuesday night, as Liverpool host Dutch side Ajax at Anfield, and the two teams have witnessed mixed results in a deadly group in the Champions League so far, and are vying for a place in the knockout stages of the tournament and qualification for round of 16.

Liverpool did not have their best timing and suffered a 2-0 defeat to Atalanta last week, and the Reds could advance to the next stage of the competition by winning this tie, as Mohamed Salah’s team-mates need only one point to qualify.

Ajax have been outstanding in the Dutch league this season and have scored an incredible 42 goals in just 10 league games so far, and the Dutch giants face some defensive issues to be resolved in the European Champions League, and they must be wary of Liverpool’s deadly attack, especially since Jurgen Klopp’s exit. angry afterward. Liverpool’s match against Brighton this week is due to a busy fixture, with Liverpool suffering a lot of injuries at the moment.

Virgil Van Dyck, Trent Alexander-Arnold, Joe Gomez, James Milner and Thiago Alcantara were injured and dropped from this match, with Nathaniel Phillips disqualified from playing in the UEFA Champions League, Reese Williams and Joel Matip scheduled to participate in defense, and Diogo Guetta and Sadio Mane are expected to participate. And Mohamed Salah in this match.

The date for Liverpool’s match against Ajax

Liverpool’s match against Ajax Amsterdam will be held at 10pm Cairo time and broadcast on the channel BeIN Sport HD 1 .

The injured: Muhammad Quddus from Ghana