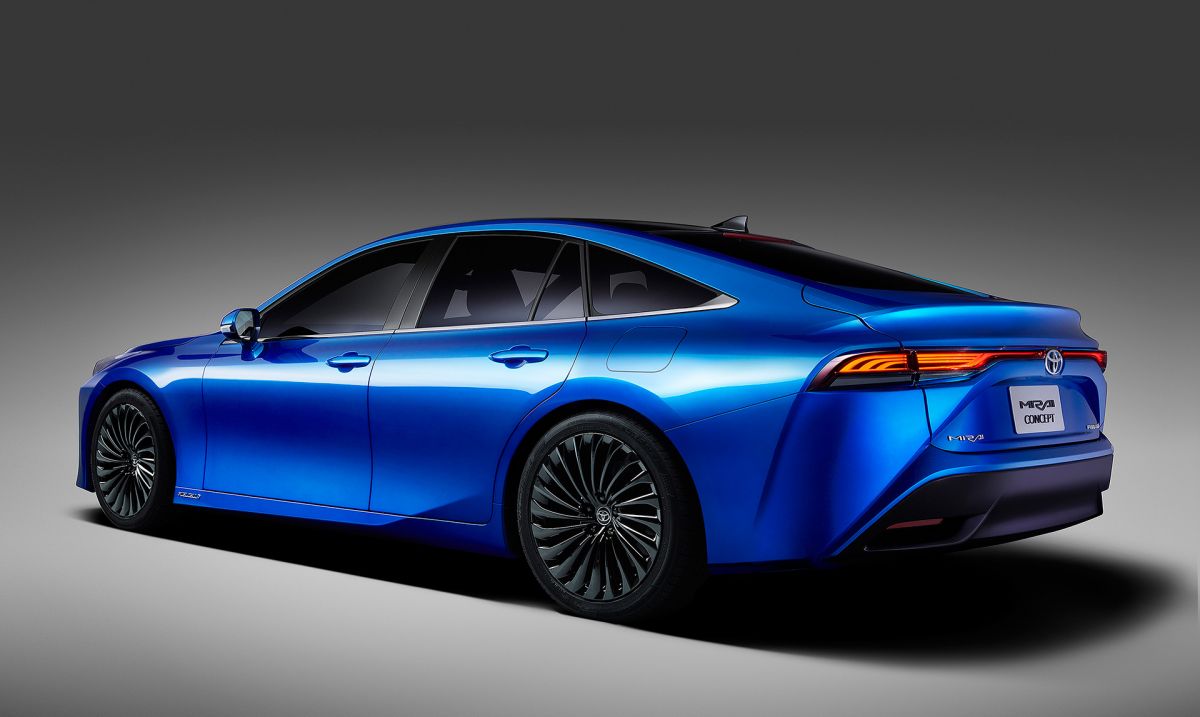 In 2014, Toyota became a global pioneer in introducing hydrogen-powered Mirai sedans to the world. The company is preparing to take advanced zero-emission fuel cell (FCEV) electric car technology to a new level and offer a preview of the second generation Mirai at a special exhibition at the 2019 Tokyo Motor Show.

Mirai now serves as a catalyst in raising global awareness about how a clean and sustainable hydrogen society can be achieved in the future. This is a technically sophisticated yet practical car with a range of about 500 km, easily refilled in minutes and takes out pure water. Since its launch, around 10,000 cars have been sold and, at the same time, Toyota has actively supported the development of hydrogen fuel infrastructure in key markets throughout the world.

This is just the beginning: At the Tokyo Motor Show, Toyota offers preliminary insights about improvements made to the new Mirai, both in terms of technical excellence, dynamic performance and desired design.

With launches planned for 2020, initially in Japan, North America and Europe, the new Mirai will become more than an environmentally friendly car, proving that FCEV technology is not a barrier to directing pleasure and vision.

Efficiency remains important, and Toyota aims to increase Mirai mileage by up to 30% through improvements in fuel cell systems and the use of larger hydrogen fuel tanks.

Yoshikazu Tanaka, chief engineer of the new Mirai, said: "Our goal is to create cars that customers like to drive all the time, cars with attractive and emotional designs and dynamic and responsive performance that makes customers' lips smile.

I want customers to say, "I chose Mirai not only because it was FCEV, but because I only wanted this car, and by chance it was FCEV." We will continue to work on these feelings and hopes. that with the new Mirai we will be leaders in helping to build the hydrogen energy community. "

Mirai's first direct impression is the exterior design with its low lines, slim proportions, well-worked sleek body, and large 20-inch discs that combine to create a strong and expressive look. The exhibition car will be exhibited in a specially designed new blue color, painted in several layers, providing exceptional light and color depth.

This salon is offered as a simple and modern room with a warm and comfortable atmosphere that completes the feeling of a car as a real pleasure to move. The most important features are the 12.3-inch center display and the instrument panel, which is around the driver. Smart platforms and equipment allow for five seats in the current four-seat Mirai.

One of the benefits of being able to build a new Mirai on Toyota's latest modular rear drive platform is the freedom to create more emotional and attractive designs, and the ability to use a variety of powertrains – including hydrogen fuel cell drives. This gives the new Mirai a tougher body, which in turn increases agility and responsiveness, and a lower center of gravity, which makes handling more agile and even more enjoyable.

In addition to increasing potential mileage, improved fuel cell system performance gives the new Mira a more linear and smoother response when driving, and an elegant driving sensation, combining throttle with throttle acceleration. Driving on winding roads is easy and simple, but driving on a highway at any speed will give you a feeling of unparalleled strength. Green: I don't think Lenard joining the Clippers was a surprise