Home / korea / The biggest company that has increased the number of permanent employees is SK … The average salary is first place with 81.7 million won

The biggest company that has increased the number of permanent employees is SK … The average salary is first place with 81.7 million won 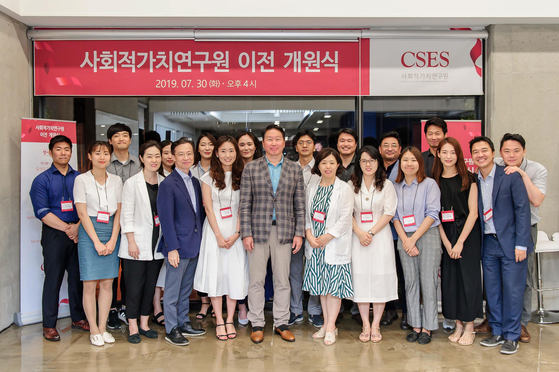 SK Chairman Choi Tae-won (fifth to the left of the front row) and members of the Institute for Social Values ​​took commemorative photos after the opening ceremony at Hannam-dong's office in Seoul on July 30. [SK그룹 제공=연합뉴스]

SK Group has seen the largest increase in the number of full-time workers among the main domestic groups over the past year. SK Group ranks first among the groups in terms of average salary per employee.

As a result of the analysis of the third quarter report of listed companies belonging to 34 major domestic company groups (not including the financial group), the Group SK's registered employees were 48,619 at the end of the third quarter. This increased 8.5% (3670) from 43149), ranking first.

In terms of number of employees, not growth rates, the SK Group increased the number of full-time employees after the Samsung Group (3816, 2.1%), which had more than four times the number of regular employees.

In addition, the average per capita salary paid to employees in the first three quarters of this year was 8715 million won, which was the largest among the group of companies analyzed.

In terms of the average salary gap between men and women, the salary of POSCO Group female employees reached 43.85 million won (76.3%) for men (57.45 million won), the smallest gap.