Kim Won-hyo, who appeared on the 18th KBS Cool FM 'Park Myung-soo Radio Show', answered the question in the corner of 'Delicate World of Jobs'.

When asked how much is a month's income, Kim Won-hyo said, "I think I can replace my friends' tea."

The forty-five members who starred in Kim Won-hyo played "Kim Won-hyo has no friends."

Kim Won-Hyo said, "I can replace more than a medium car."

After that, "I'm not just a member. I went through the program hard, so it's okay."

On this day, Forty-five tells a story about the plump self-introduction and the story behind the formation of the Forty-Five, as well as the idol. 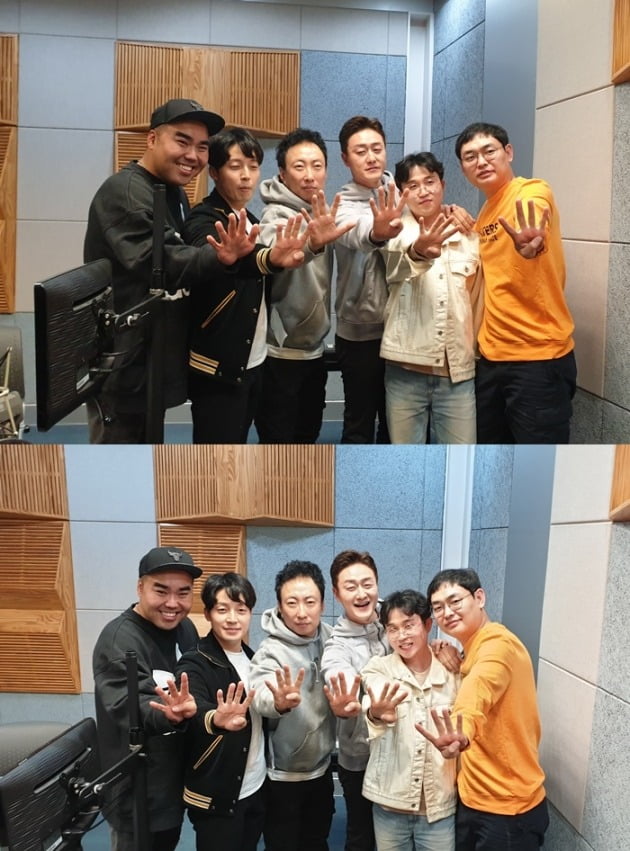 Park Myung-soo showed off his special affection for forty-five by giving realistic advice and cheering for the new challenges of five men as senior dog singers.

Forty Five is a group formed by the best comedians Kim Won-hyo, Kim Ji-ho, Park Sung-gwang, Park Young-jin, and Hur Kyung-hwan, who have long been responsible for public laughter.

They released their new song "Twenty-Four Years Old", which contained the sincere stories of five men aged forty, and fulfilled their wishes in various ways.