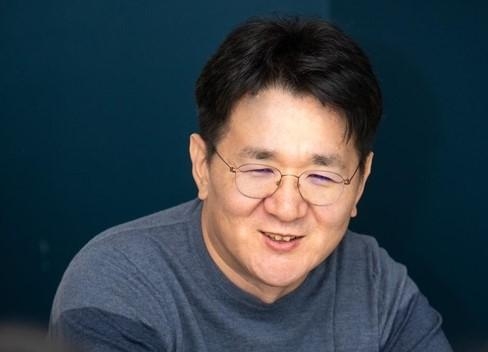 Meeting in New York … "A difficult business environment, many things to tidy up"
"Developing other joint ventures in Delta … An important friendship bet"
Concern over disputes over management rights between family members

Cho Won-tae, chairman of the Hanjin Group, said on January 19 that he would focus on the aviation industry, which is a core subsidiary of the group, and suggested the possibility of restructuring unprofitable business.

Chairman Cho said, "It is very difficult to maintain what is in the business environment," he said, "If Korean Air is in a stable position, I think there is something that must be done upside down."

Chairman Cho said, "This includes air transportation, production, the travel industry, hotels, etc. (in the core business), and I don't think much of anything else." Joe "

Cho said, "We expect the economy to be very bad next year, and we don't think that the US-China trade dispute or Korean-Japanese relations will be easily corrected. The domestic environment is also chaotic and we are worried about the peak season next year." Oh, I see. "

Regarding the defense of management rights, Chairman Cho said, "Bets (the largest shareholder) are the same as before the death of former chairman Cho Yang-ho."

Regarding the legacy of former Cho Yang-ho's in Hanjin Kal, three siblings, including Cho's wife, adviser Lee Myung-hee and Chairman Cho, inherited a legal inheritance ratio of 1.5: 1 to 1, "That's a structure that can't be done . "

Because Cho's ownership in Hanjin Kal was almost equally inherited, the bets of the four surviving family members did not differ significantly, which was explained by some concern that it might be the seed of a dispute regarding management rights.

Mr. Cho emphasized that Mr. Cho suddenly died, not dividing it according to Mr. Cho's wishes. "Three (three children) agreed together to be loyal in their fields."

Regarding the payment of inheritance tax, which is estimated at 270 billion won after the ex-Cho president's inheritance, he said, "Now it is very difficult. I put it in the first part, but I have income but others struggle because they have no income."

The survivors are expected to share inheritance tax through six years through the annual pension system, in which 46 billion won has been paid.

Mr Cho asked whether Delta Airlines was a friendly party in defending management rights. "I know that from a long-term investment perspective, I haven't discussed it with us." Won't you rebel? "March is believed to have been held in March next year.

As the new owner of Asiana Airlines, it is certain that it is the HDC group that includes the Hyundai HDC Industrial Development. "There does not appear to be a major change. The competitive landscape will continue." As the financial structure improves, we are prepared to improve and respond quickly. "

"I looked into the cost structure and it was quite high," he said, "I manage it." Regarding Korean Air's estimated turnover, "I think it should be done early next year."

Meanwhile, the US Society for Nonprofit Korean Societies (Chair Thomas Berne) chose former Chairman Cho Yang-Ho and Boeing US as the winners of this year's Van Fleet, and Cho attended the award ceremony in Manhattan on the 20th. Visiting the United States to

The Van Fleet Award was established in 1995 in honor of General James Van Fleet, who participated in the Korean War as commander of the Eighth Army and founded the Korean Society in 1957, and given to someone or group who has made a significant contribution to US-Korean relations each year.